Warmth and east breeze brings in the RVD

Very warm with east breeze all day and constant sunshine.

It was established last year that in these conditions insects fly in off the sea focused on the west facing wall next to the lighthouse. This is especially the case when the tide is out when this wall is the only direct sea to land site for many miles.

It proved to be so today (MD). The best records being:
Red-Veined Darter 5 males

All records below from strip between waterfall and lighthouse.
Morning - tide out
Lots of butterflies quickly moving east. Only counted on the first traverse from waterfall to lighthouse. 10:15 - 10:25.
Small White 31
Large White 3
Red Admiral 7
Small Tortoiseshell  8
Meadow Brown  8
Gatekeeper 2
When I got to Lighthouse, butterflies were coming in off at the rate of 5 per minute. Pretty much in line with the above ratio, although later they were joined by Painted Lady, but no more than 5.

I didn't see a dragonfly till 10:45, only a glimpse but it looked to be a Four-spotted Chaser.
In the next 5 minutes two Darters came in but didn't settle just kept flying east. One was red, this only have been a Red-Veined Darter, as male common not red yet. The other was yellowish, and unidentifiable.
By 11:00 the first male Red-Veined Darter started resting before continuing, no chance of duplication, when they took off again they flew inland. Saw three in total. 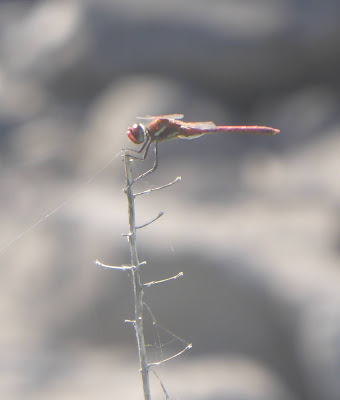 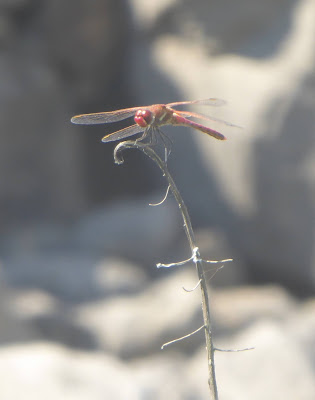 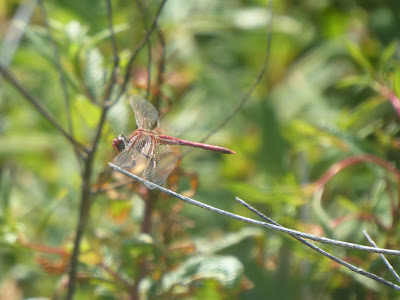 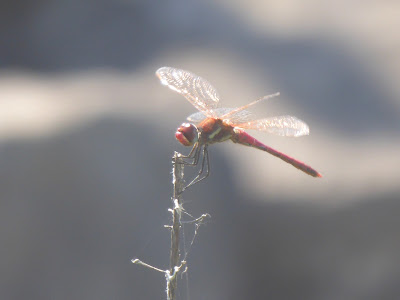 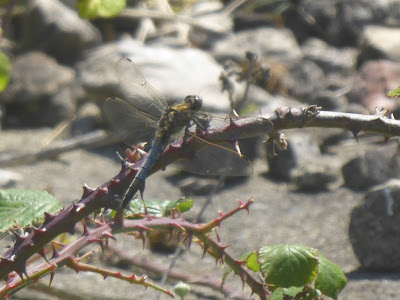 At the lighthouse, only Red Admiral were coming in at the rate of 3 per minute
No further dragonflies seen.

Evening - tide out
Still lots of butterflies around but no longer moving through, they were either feeding or looking for a mate, "gangs" of Small Tortoiseshell up to 7.
18:45 10 minute count of same strip
Red Admiral 27
Small Tortoiseshell 17
Small White 6
Large White 1
Painted Lady 1
Meadow Brown 1
Nothing was coming in off and no sign of dragonflies.

Other stuff.
Rock Pipit 1
Grey Seal 1 - dozing by outflow. This was a relief as a dead seal was found earlier in the week, but seemingly not this regular.