Heysham Obs
2.5hrs were spent doing the moth trap this morning with nothing mindblowing, although a tiny black and white micro Mompha subbistrigella is the 3rd record or the 3rd to be noticed here!  Thanks John. 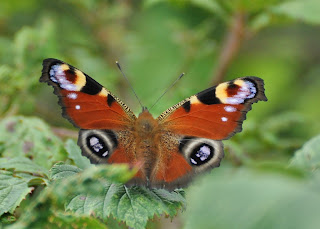 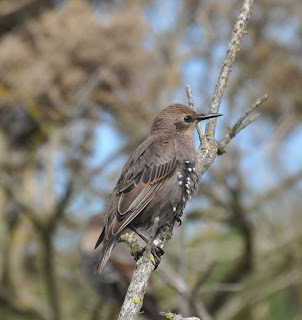 Peacock have been like rocking horse dung so far this autumn in this area.  Good example of a juvenile Starling moulting its breast feathers into first winter plumage.  Thanks Janet
Red Nab area
Med. Gull - 4 juveniles (one appeared to be metal-ringed above the knee), the usual 3CY and just the two (unringed) adults - an amazing reduction on yesterday, given BHG numbers were similar
Little Gull - adult moulting out of summer plumage
Whimbrel - one