A change to flight lines

The wind again started due north, but today only veered slightly to the east as the morning progressed. Cloud cover early on but sunny later.

Today's sea bird coverage managed 07:00 to 11:00 (several observers)
Arctic Tern   865, most before 09:00 with long gaps after and many birds flying inland over a broad front. Some were flying inland over Ocean Edge and one flock over Sunderland Point as seen from Red Nab area. Others fed mid channel then shot into the sky and disappeared! 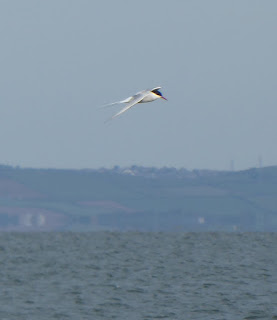 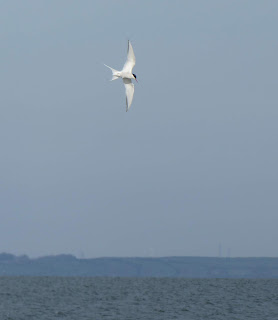 Arctic Skua: 4 in plus at least two others early am off Morecambe,  One light morph came in over Red Nab. The other three dark morph. 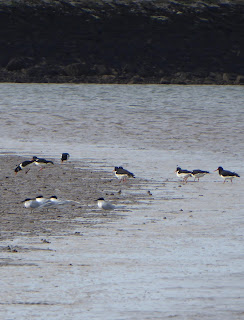 Some take a break, the one on the right has a white ring, unfortunately too distant to read. 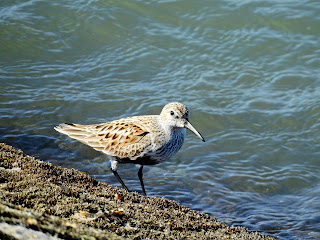 One of the Dunlin near the wooden jetty - thanks Kevin 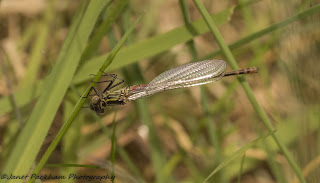 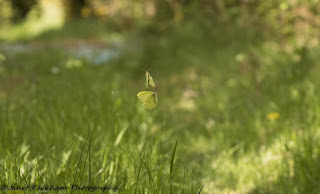 This picture from Janet reminded me of just how many Brimstone I have seen this year. I have probably seen as many this year than the total in all my years walking. Presumably that is partly due to a increasing local population plus the favourable winter and spring (at least it has been favourable for overwintering butterflies!) MD
Posted by Pete Marsh at 20:32 No comments: