WNW moving to WSW wind, an odd shower in the morning, but some sunshine in the afternoon.

Pete and Kevin managed a seawatch - report from Pete:
Not much on the sea Heysham 1050-1200 but did include a bizarre Dark bellied Brent goose ‘chasing’ a Cormorant across from Barrow side
5 Common scoter
1 Gannet
Harbour Porpoise
Middleton Nature Reserve
Janet had a nice walk around the east side.
Common Sandpiper on the main pond (it's worth opening these images to appreciate the plumage detail) 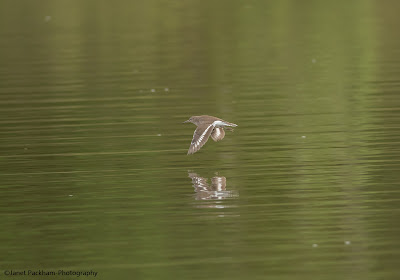 South shore mid afternoon (MD. KE)
Common Whitethroat singing from saltmarsh scrub, presumably the bird that landed here yesterday
Wheatear 9
Rock Pipit 4 - only individual birds seen - saltmarsh, Red Nab, Waterfall and Lighthouse (not the ringed bird)
Linnet 8 on saltmarsh/foreshore plus 6 between lighthouse and waterfall
Shag 1 2nd calendar year on wooden jetty
Finally Kevin managed to spot this tiny beetle.
Originally found on the wave shaped wall that catches the heat from the sun. Found, photographed and provisionally identified by Kevin. Thanks to Alison for confirmation of identity. I played a part.......that's my thumb it's sticking out on!
Posted by Pete Marsh at 20:39 No comments: