Despite the relatively dry weather the ringing area at Middleton NR is somewhat flooded. This is a by-product of the works going on at UU. Great for ducks, though.

Rock pipits harbour mouth and along half moon bay beach

Dark Chestnut and another Mottled Umber in the office Moth trap
Posted by Pete Marsh at 17:53 No comments:

Ad White winged gull reported flying past Heysham Head towards the harbour.  Hopefully more on this tomorrow
Posted by Pete Marsh at 22:59 No comments:

Mottled Umber and Emmelina monodactyla on the office wall by the light
Posted by Pete Marsh at 20:03 No comments: 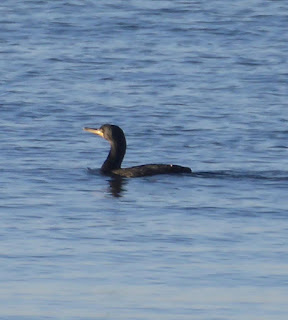 Looks good for winter period moths in woodland etc between 26th Dec and at least 5th Jan and there were two Winter Moth in the trap this am.

At least two Common Scoter offshore
Posted by Pete Marsh at 23:29 No comments:

Interestingly I don’t think this species has featured on a New Year’s Day list on this area (n lancs) for many years if ever!
Posted by Pete Marsh at 22:48 No comments:

One by half moon bay cafe - nearly caught by Pied Wagtail!

The only report today was of lots of small Whiting being eaten by Cormorants and gulls in the harbour
Posted by Pete Marsh at 22:34 No comments:

Scaup - A rather restless female Scaup was close inshore off Knowlys play area this am.  It flew short distances twice, the second time looking like it was going to go into the bay but it circled and re-landed
Common Scoter - one inshore, 8-9 offshore in gang.  All female types
Med Gull - Ad on beach with usual Knowlys play-area gang - known wintering bird
Rock Pipit - one below Heysham Head cliffs

The only action today was the discovery and photography of a freshly dead 1cy Shag on Heysham south wall.  It didn’t have a Puffin Island bracelet, unlike many others found in Lancashire 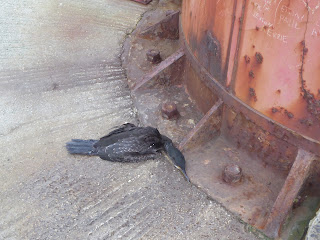 Getting a bit repetitive - we need a new bird or two!

Common Scoter - at least four off the Head
Posted by Pete Marsh at 23:28 No comments:

This might be the lot today unless high tide produces 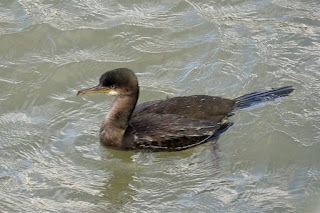 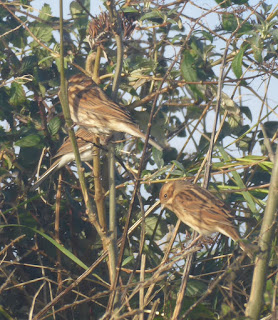 Mottled Umber and three Winter Moth in trap
Posted by Pete Marsh at 22:17 No comments:

Malcolm braved the foul weather this morning for the following local patch notables:

Jack Snipe - one OE saltmarsh
Shag - 1CY at waterfall
Posted by Pete Marsh at 23:24 No comments: 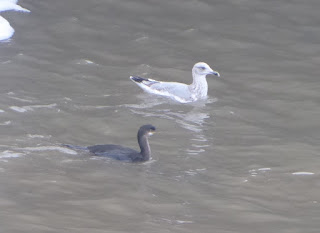 Clear as a bell

Fleshfly agg - one at large in HNR car park

SUNDAY at the waterfall 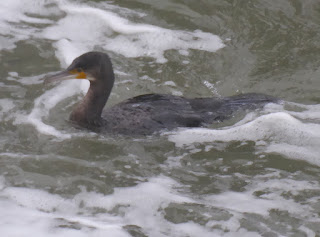 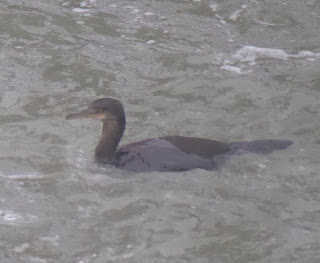 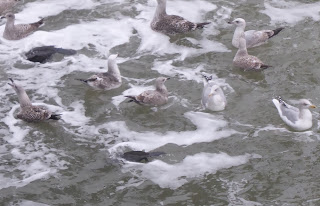 Thanks Malcolm
Posted by Pete Marsh at 15:06 No comments:

Ringing in November was unremarkable and very office feeder-net orientated, which meant a decent passage of Blackbird was not reflected in the ringing totals.  144 of 17 species.   Most notably, just two of these were Blue Tits and none were Great Tits!  Continental Song Thrushes have been like hen's teeth this autumn and the only one caught was given the Yellow-brow level of minor excitement!  A high, over 50%, ratio of new birds until a sudden change on 22nd Nov when just 8 out of 34 were unringed and no further ringing was undertaken after 23rd.  Top five were Greenfinch (41), Goldfinch (30), Chaffinch (19), Blackbird (18), Goldcrest (8).  One Greenfinch control.
Posted by Pete Marsh at 12:24 1 comment: