Webs count a day early knowing that all the waders south of the harbour would be on their way to Garry at Middleton on both today and tomorrow, so no problem with double counts

During this count, a bit of a seawatch from the back of the harbour and the first five minutes were 'amazing' by heysham standards in breezy but not particularly promising weather: 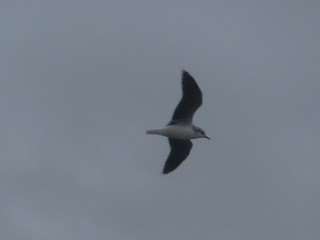 Cormorant - 122 wooden jetty
Redshank - 670 heliport wall
Oystercatcher - 6950 heliport - see how they don't mind being next to the tall vegetation but are in two lots either side of it with the near lot spilling on to the old heliport surface.  Not all were displaced from the seawall on the 10m tide as the fresh/strong wind had no north in it. 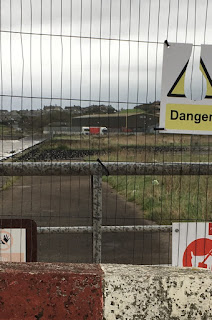