Firecrest in the harbour willowherb!

Heysham Obs
A check of the south harbour wall area, ostensibly for any wind-blown seabirds at 1045 GMT produced a series of calls which seemed more emphatic and lacked the lispy quality of Goldcrest.  A male Firecrest was located in the brambles and later hiding in the willowherb along the south harbour wall.  Gate 38 is available for those in the know, the route is otherwise via the usual outfalls directions from the tall mast 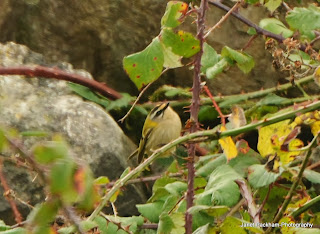 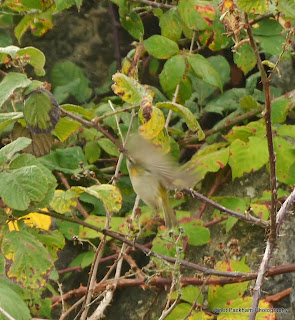 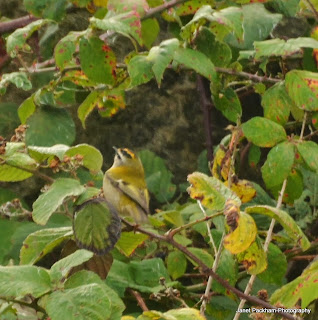