Sunshine brings out the insects

A total of 42 birds were captured including a respectable number of warblers. These included: 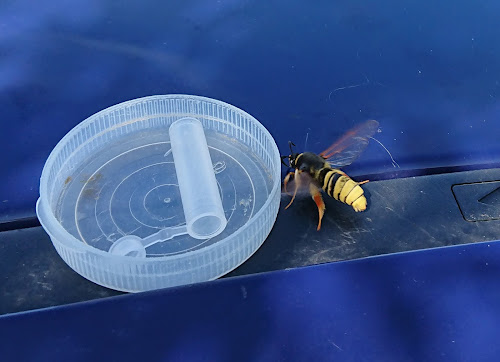 This picture by Alan showing one of the moths, and the object of its desires - Pete’s pheromone lure
The warmer last couple of days has resulted in an increase in dragonfly activity. 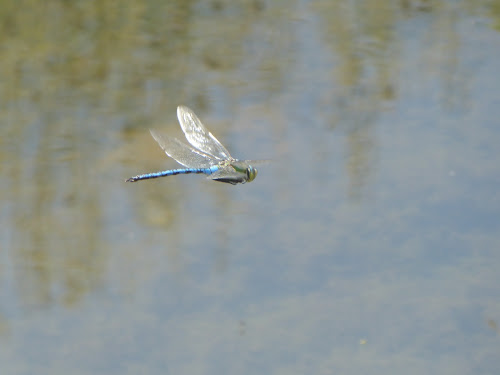 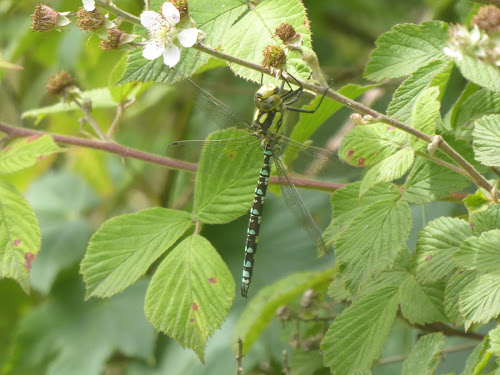 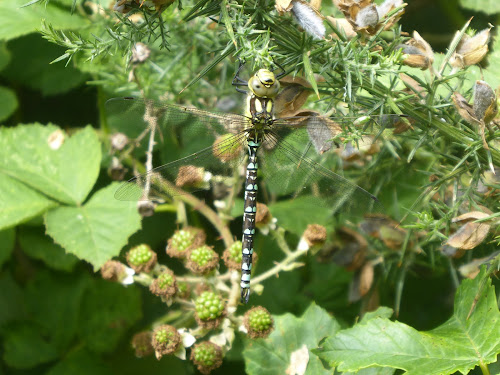 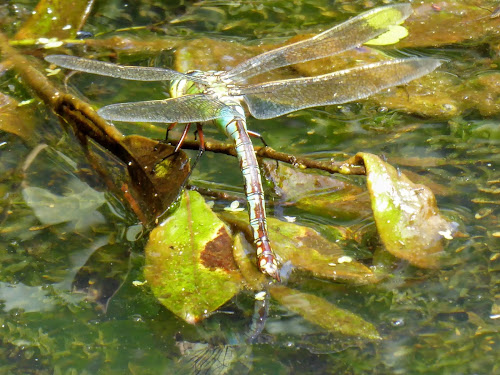 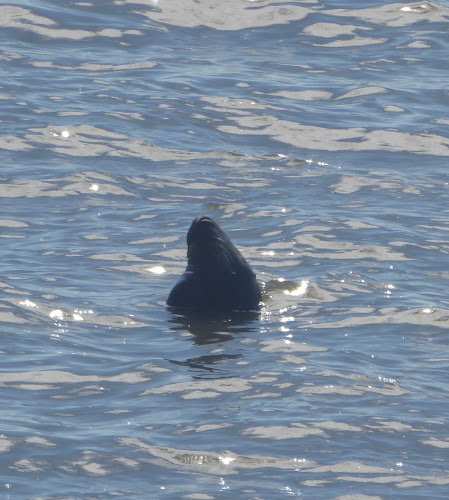