Heysham Obs
A bit surprised today by people hoping to rapidly home in on YBW in bushes and trees without knowing the call.  The easiest one to connect with locally today was the Sunderland 'toilet block bird' and that was "easy" as it spent most of the time in one sycamore.  No problem!  Now find it (thanks Alan for the pic): 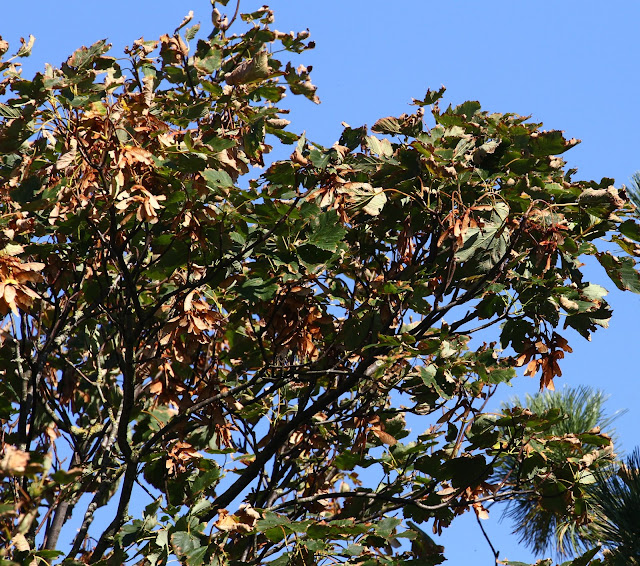 Field-craft comes in many forms and one of them is not to leave a Yellow-browed Warbler MP3 next to a sunny part of the mist net which is slightly catching the breeze.  Today's YBW was first seen hovering against a highly visible mist net then sitting on the tip of a bramble before flying into nearby willows.   It then appeared to fly towards the cream store/dipping pond area but 20 minutes later a call was heard from the bushes surrounding the pond up above the office and a couple of short views obtained.  Presumably the same bird which  was now having nothing to do with the tape.  It was heard calling further back in the edge of the tank farm at 1130, after which most of the birds went into quiet mode in the blazing sunshine

Nice to talk to a couple of dog walkers who had ditched the beasties for the morning and spent the time photographing the butterfly fest on the reserve.  As the available blossom dwindles, the Red Admirals in particular are targeting over-ripening blackberries, competing with wasps and all sorts of flies.  A circuit of the reserve saw far more butterflies than on any single day in June!

Distant late afternoon reports of the  White-winged Black tern with no sign during at least 5 hours worth of observation on the incoming tide.  Seemingly feeding offshore in the calm weather

Reserve circuit pm
Absolutely dead with no warbler species recorded, suggesting, as does the lack of retraps, that there are no accumulations of birds in this weather and birds are landing, easily feeding up and moving on.  Might get some fairly rapid ringing recoveries although the weather down south is rather less mist-net friendly

Middleton
To be added

Nearby
Yellow-browed Warblers found at Brows Farm, Sunderland and in the garden by the toilet block at Sunderland early on this morning

Dragonflies at Middleton
Thanks for the pics Janet
Brown Hawker - getting a bit late for this species - possibly no previous October records - will check.  Thanks to Mark Nightingale for the pic of a very late Common Hawker in the Nature Park 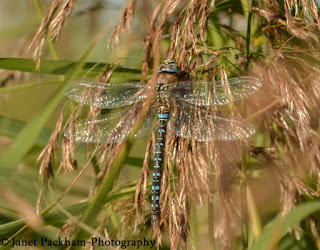 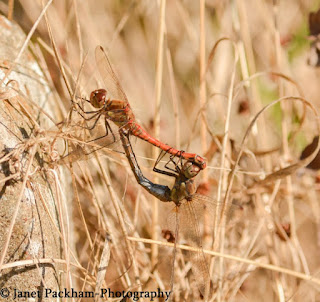 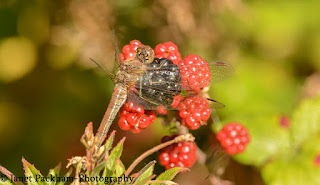 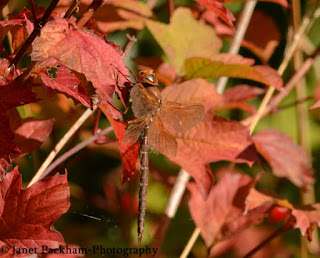