Sometimes the rubbish you talk comes back to haunt, although you don't mind when it is a top notch patch year tick.  I said to Peter Sharples and his wife that there was no point in checking Fisher's Roof (now a walk 'cos of road closure) as "there wont be any new big gulls because its calm".  So they go and just beat the WeBs counters to it on Red Nab with a fine huge pale juvenile Glaucous Gull.  Unfortunately, didn't risk getting the car stuck on the sodden grass to use window clamp phone-scope and balancing it on the fence produced farcical results before the bird was flushed by an off-lead dog.  Thanks to Bill Aspin for managing to sort out a video grab of sorts where "at least you can see the bill"! 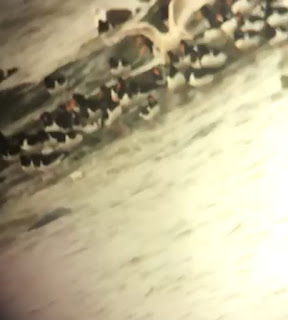 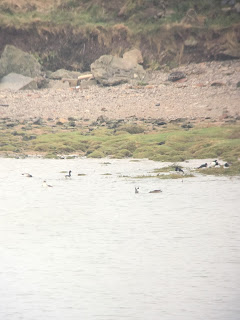