Seawatching from Knowlys road on the early incoming tide was beset by continuous sunlight and great detail on vehicles on Barrow coast road, so a complete blank might have been in order.  However:

Great Skua - one distantly in, then lost after switching to following the scoter flock
Common Scoter - 6 out (flock)
Sandwich Tern - ad out

Red Nab/outfalls
Med Gull - 26 plus feeding between Heysham one and the wooden jetty including white LCG.  Later 56 on Red Nab, the most seen here in one scope view, albeit from half way along Ocean Edge
18 2CY, 8 juv, rest Ad/3CY
Little Gull - adult outfalls 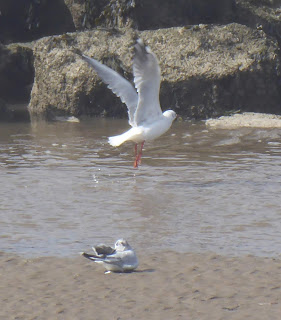 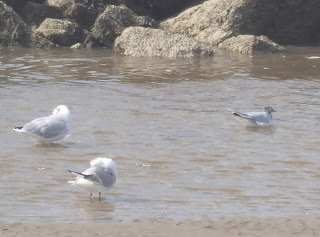 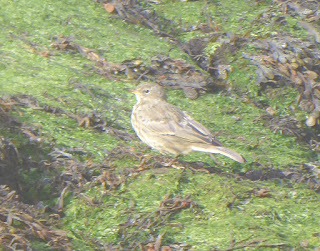