Decent day even without any landbird migrants

The only things on the move in numbers today (by our standards) were five small flocks of Kittiwake.  Landbird passage virtually non existent.  The medium range forecasts suggest some major blocking weather through the rest of March and April - lets see what happens!

Managed to "see from" the three main birds of the area from Heysham NR today - thanks to a good 60 x zoom lens for the Velvet Scoter and a fly-by of the Iceland Gull returning from Middleton to the harbour.  The Chough flew over the reserve twice today but also spent a fair bit of time in the half moon bay fields 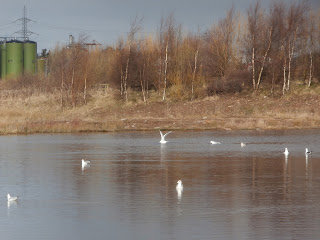 Velvet Scoter - Ad drake seen offshore mid-morning with just three Eider
Chough - half moon bay fields on and off and over the Heysham NR twice
Meadow Pipit - 2 north
Grey Wagtail - 1 north
Pied Wagtail - 6 north
Curlew - 6 high to north
Kittiwake - 48 north east over the sea in five flocks
Red-breasted Merganser - 4 offshore
Red-throated Diver - one on sea and joined by another flying out of bay
Teal - 2 on sea
Blackbird - at least 5 presumed migrants, including a 130+mm female ringed
No reports of Shag 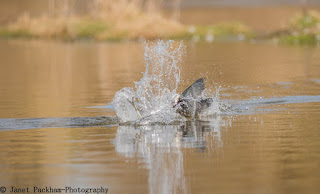 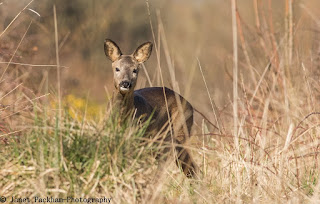