Heysham Obs
Spurred on by the possibilities of Grey Wagtail and Tree Pipit passage, but also noting that most of the night migrants would have cleared off (had to scrape ice off the windscreen in 1.5C at 0530hrs - the first time I can remember this in August) in the crystal-clear conditions, an mist-net early start was made at both Middleton NR and by the Heysham NR office.  The result was more night migrants than might have been expected but virtually zilch vis - I did not see a single hirundine by the office and Grey Wagtail passage amounted to two birds

Middleton NR
4 Whitethroat, 4 Sedge Warbler, one Blackcap and the star of the morning, a Garden Warbler, were ringed.  No visible migration other than a handful of Swallows

Ocean Edge just after high tide
One jetski, no birds other than a single juv Med on Red Nab

Butterflies
21 Small Tortoiseshell on the office buddlieas - a dramatic increase
Thanks to Janet for the following pics taken yesterday: 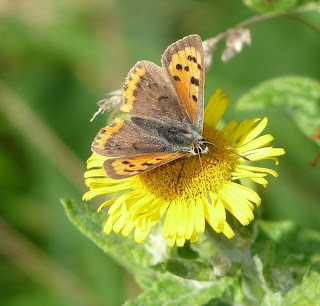 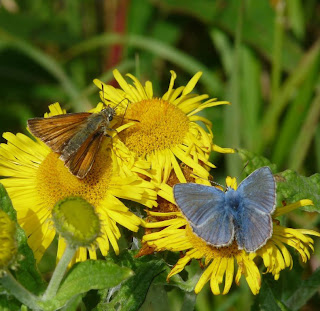