The gale starts to provide and amazing Redstart double

Very strong SSW - SW winds all day. Very difficult conditions to watch in, but some interesting stuff around.  Most of the seawatching took place from the Stone Jetty with overall coverage from 0830 to 1400 (NG, TW, SC, PM, BC)

Lighthouse area (MD)
Nothing of note seen on sea.
A visit early afternoon provided two tantalising glimpses of a Redstart hopping into the Power Station grounds. The western boundary onto scrub near lighthouse.
The difficult conditions were such that it wasn't possible to confirm if it was a Common or Black (it was barely possible to stand).
So another visit early evening with the sole intention of identifying this bird, resulted in:

Then a surprise, a second bird:
Black Redstart 1 female type - almost invisible amongst the rocks on the outside of the Power Station boundary  between the waterfall and lighhouse. 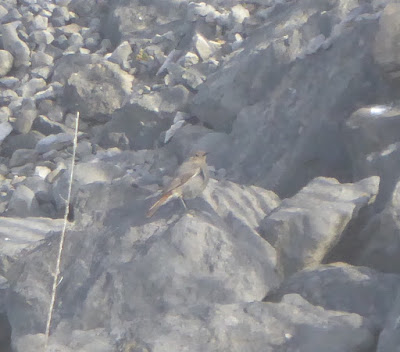 I'm not sure if the image resolution of the blog will allow you to see this bird - it is there. If you can't see it, open image "in another tab"

Wheatear 1
Rock Pipits 2 - one guarding nest the other taking food to young in nest. All three visits. 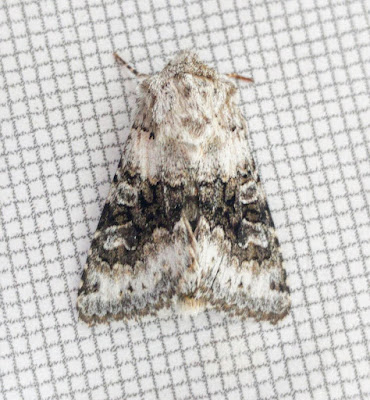 Just about annual in north Lancs!
Posted by Pete Marsh at 20:52 No comments: