Up to 09:30 there was a touch of east in the light wind, after that it turned to SW.

South Shore (MD)
I went down at 10:00 hoping the east in the wind had brought some insects in, but it was already a light SW wind. Still, there had been some movement and again, I only caught the end of it.
Emperor Dragonfly near waterfall
Butterflies:
Common Blue 1
Meadow Brown 2 (first records this year)
Eider 4 female
Rock Pipits 4
Linnet 2 near Red Nab plus 10+ between lighthouse and waterfall
Curlew 42 flew from Red Nab towards the estuary
Mediterranean gull 3 x 2nd calendar year
Black-Headed gull numbers increasing rapidly including at least two juveniles. This one was having a preen on Red Nab
Grey Seal 1 female between the outflows
Heysham Nature Reserve
Roebuck 1 - ref Linda Renshaw
Middleton Nature Reserve (MD)
Wildfowl pretty much the same, although this Mallard with 5 very young chicks looks new.
It was a lot warmer than of late, but still not a huge amount of insects about:
Butterflies in order of abundance
Small Heath
Speckled Wood
Large Skipper
Common Blue
Red Admiral just 1
Dragonflies:
Emperor 4 male
Four-Spotted Chaser 2
Broad-bodied Chaser 4 male
Black-Tailed Skimmer 2 male and female
Still a decent variety of Damselflies around, including
,
Weasel 1
Bee Orchids - My location shot to find a rich area to find Bee Orchids has created some interest, plus mixed feedback. Those with existing knowledge of the reserve found it helpful, unfortunately I'd presumed too much prior knowledge and it was hopeless for those of you with less site knowledge. So I've sketched a map.
X marks the spot where I took the snap, and the arrow points to the location of the area highlighted with the red box in the picture, reposted below. 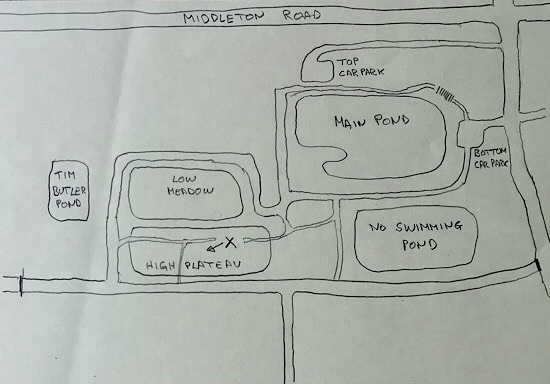 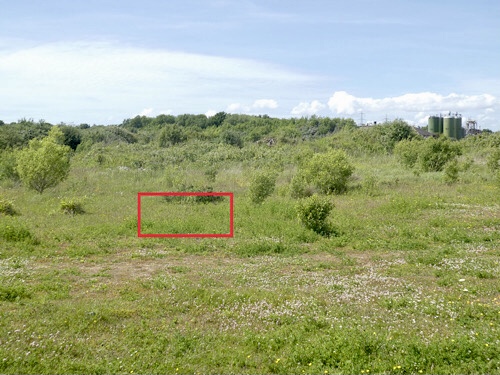 Good luck, if you haven't already found them, and feedback is always welcome - my email is on the sidebar (Malcolm)
Posted by Pete Marsh at 20:36 No comments: