The wind started off almost due north, but quickly drifted to NE. Bright and sunny again.

I'm not sure if I have all the reports yet, so I may be adding more to this post tomorrow (MD).
Additional:
2cy Med gull with 175 Common Gull red nab/oe foreshore,
80 Dunlin and four Whimbrel red nab,
57 meadow pipit,
39 Swallow,
15 white Wagtail North,
very distant Osprey fishing? outer Leven Estuary
one red throated diver

Sandwich Tern - these were coming in steadily in ones and twos from 06:30, doing a spot of fishing when the opportunity presented itself, then continuing north. But by 08:45 they started hanging around making counting difficult. Even so an absolute minimum of 121 by 09:30 and c150 by lunchtime. 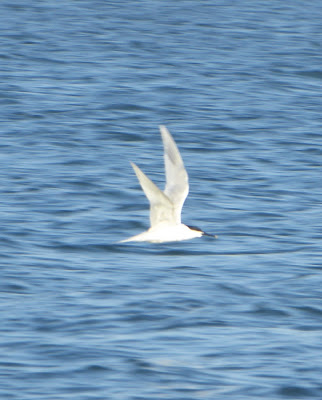 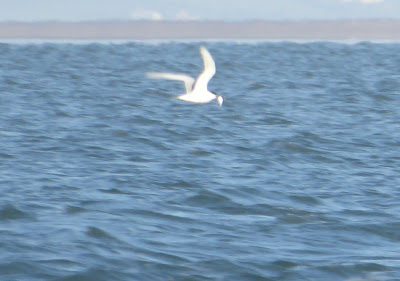 This one caught quite a decent sized fish. It looks like a small pouting or possibly a whiting. Either way not a surface feeding fish. The water depth where it was caught must have been at least 2m. These fish mainly occupy the bottom third of the water level. Did this tern dive 1.5m? (MD)

Arctic Tern - these were slow off the mark only 39 by 09:20, 120 by 09:30 and by late morning they were coming in so quickly as to be almost impossible to count. Total received so far 1,447.  Quite a few observed heading up and overland over the harbour and inner Bay observations suggested they had all done this south of the Keer Estuary 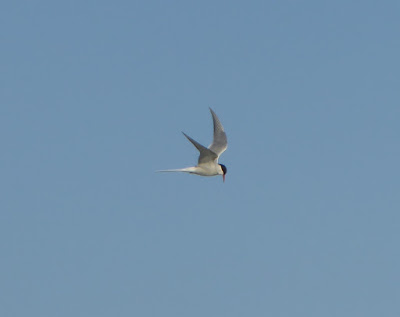 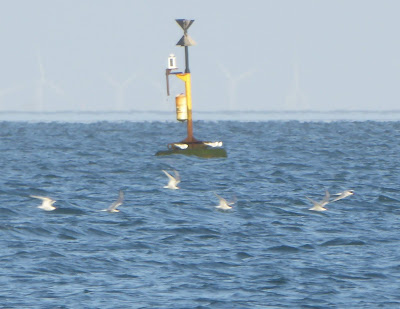 Some of the Sandwich terns took a rest and watched the Arctics go by. 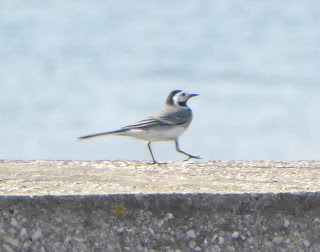 Rock pipits Pair near lighthouse plus another one on Red Nab 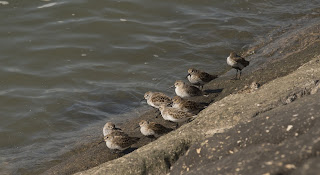 These Dunlin also on Red Nab - thanks Janet

Reed warbler. One each singing on Heysham and Middleton reserves - first records of year
Tufted Duck 6 (4 male) on "no swimming" pond 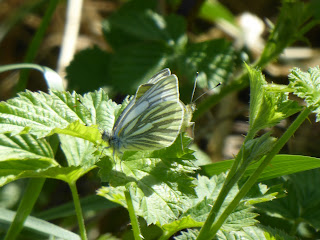 And finally, this pair of Green-veined white were enjoying the afternoon sunshine on Middleton
Posted by Pete Marsh at 20:54 No comments: