The sun brings out the insects

Warm light winds from the east and quite a bit of sunshine.

Lighthouse and south wall area
Low water 12:30 - When the tide is out and the temperature is high enough, an east wind draws in insects off the sea here. This is the aggregate of MD and KE records, no duplication.
Four- spotted chaser 1
Red Admiral 14
Small Tortoiseshell 9
Small white 2
Cinnabar 5
6 spot Burnet 2 - surprisingly, this is the first ever record for SD35

Another quick check at high water 18:00. (MD)
As expected, when the tide is in, less insect come ashore here, but there were still plenty, and drifting east, so not the same as the lunchtime insects.
Red Admiral 15
Painted lady 1
Small Tortoiseshell 3
Common blue 2 - only two, but they quickly found each other. 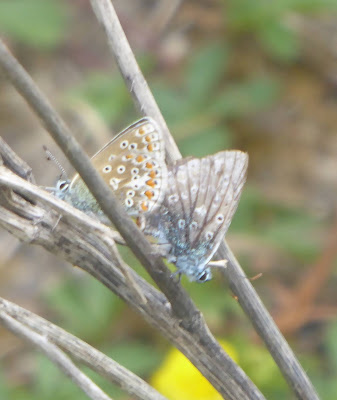 The male looks a bit warn, but it seems the flight was worth it 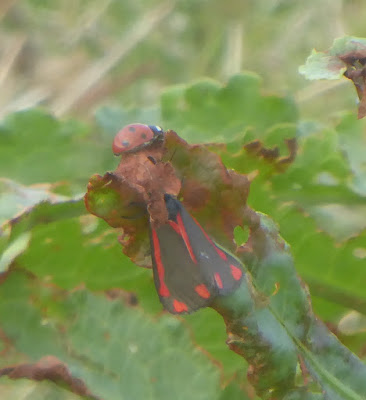 At first glance, I couldn't work out what this was, then I realised it was actually two insects, 7 spot Ladybird and a Cinnabar moth.

Rock Pipits - Two adult around nest site near lighthouse, one visited the hole. Another adult displaying near the waterfall.

Grey seal 1 fishing in No. 1 outflow 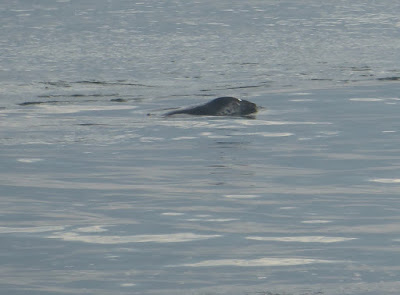 Middleton Nature Reserve - early afternoon (MD)
Wildfowl as yesterday except
Little grebe - three new chicks on the "no swimming " pond. This is the second family with three chicks this year, the earlier one was on Tim Butler.
Warblers - lots of newly fledged birds and contact calls, but males also still singing. Grasshopper not heard. 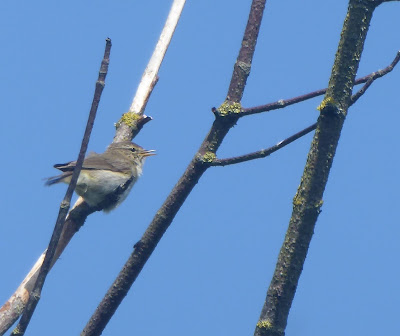 Insects:
Lots of dragonflies including;
4-spotter Chaser, Broad-bodied Chaser, Black- tailed Skimmer, Emperor and a small Hawker (did think Migrant, but Pete advises too early, worth another look),
Not so many butterflies,  1 Meadow Brown, 1 Large Skipper, were the best. 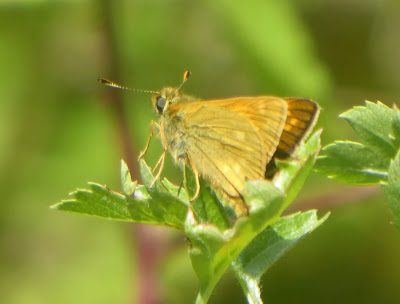 This was later identified as Oak Eggar larva 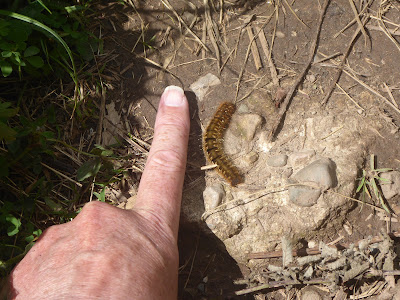