Strong overnight southwesterlies continued into the morning and only eased slightly during the day. Very heavy showers all day, but particularly early on. Some sunny spells.
Pete and Jean managed a morning seawatch - report from Pete:

Pintail 28 out in 5 flocks plus single.

Brent geese (prob PBB) on the sea then lost in squall,

(one ‘probable’ Kittiwake miles out!)

Nothing on the outflows as they are not currently fully operational

Stonechat 1 female by the saltmarsh, but very flighty.

Originally it was spooked by the resident Kestrel and I thought it had moved on as I couldn't relocate, but I did get another glimpse in the evening.

By continuity of activity I have assumed the now resident Kestrel to be the emancipated bird photographed 13th September. If that is the case, it is looking much healthier now.

I couldn't see anything on the sea, but this clip of the pilot boat, gives a good indication of this morning's conditions.

I fared a little better on my evening check
Guillemot 1 driven towards the sea wall near No.2 outflow. Hopefully it will be ok after a rest.Mediterranean gull, at least 1 adult resting on the Mud with Black-Headed Gulls in the lea of No.2 outflow.
The following were seen from the lighthouse area
Kittiwake 1 adult
Manx Shearwater 1
Gannet 1 x 1st or 2nd winter 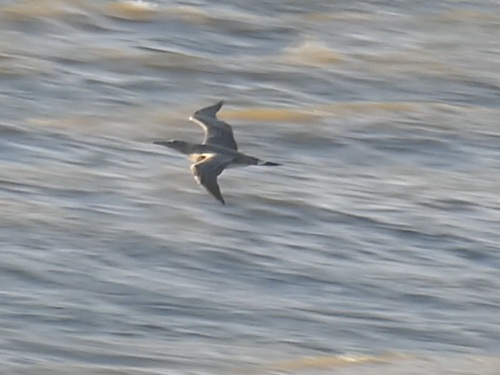 This clip is a bit bumpy, but shows the flight line, it starts near the buoys out from the north wall, and ends as it passes beyond the wooden jetty.
Finally, it was the first of October today. 13C with a cool wind, but the sun was warm when it shone and not everything had given up summer. These Common Darters were ovipositoring in the pond behind Red Nab this morning. A short clip as another shower just started.
Posted by Pete Marsh at 21:11 No comments: