First of all an apology. There were some items missed yesterday and observers, originally mixed up. This is mainly down to my recent email address change. Unfortunately most mail systems offer recent addresses as the first option, even if that address has been changed in contacts, perhaps I should have radically changed it, but it would take me years to remember a totally new address! My email address on the sidebar is correct, if you have anything to report. Yesterday's post has now been amended. Malcolm.
Middleton Nature Reserve
Ringing report from John:

Weather turned out differently than forecast, with it being clear and sunny quite early. Not the best conditions for ringing.

Sun on the nets early and many birds would have moved on during the night, taking advantage of the conditions.

Given this, a reasonable catch, which comprised:

Of these the vast majority were young birds, and all but two were new birds.

Janet had a quick check in the morning and located two Canada geese on the main pond.

Unfortunately, the aggressive male Mute Swan was having none of it and eventually drove them off.

I had a look in the afternoon (MD)

Mute pair plus 9 cygnet (the Tim Butler pair not checked)

Common Darter lots of mature males and females throughout the reserve

Butterflies included, in order of abundance:

Small White (Alan pointed out that the bulk of the whites around the ringing area are Green-veined, so the likelihood is that some of the ones that I saw were too, either way they are about)

This young Sparrowhawk was trying to hunt. I'm saying it's a young, but only based on it crying like a baby, suppose it could be a soft adult (MD) 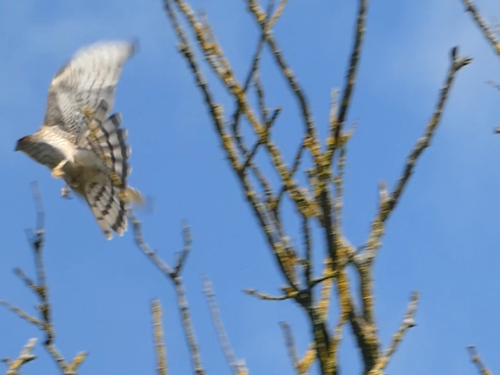 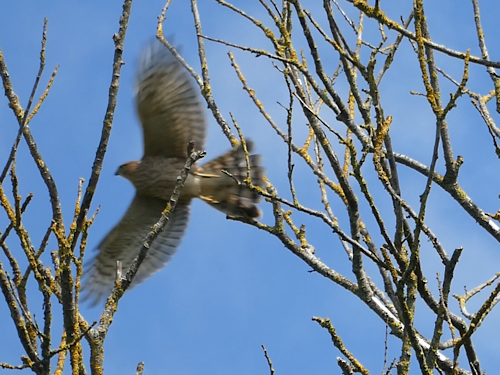 South shore mid morning
Wheatear 2 on Ocean Edge foreshore - they seemed to be in association.
The other bird was a youngster
Rock Pipits just 2 on Red Nab
Whimbrel 1
Mediterranean gull - just one seen on the feeding beach. It's difficult as they are moulting to be sure of the age of the younger birds. I couldn't decide if this one was a second or third calendar year bird.
Starlings don't often get a mention but the numbers in the harbour are growing. There were c200 feeding today
These on the water side of the wall were clearly after invertebrates, there are a couple of Linnet in this clip too. All are totally unfazed by a jackhammer!
There were as many feeding on the fence side of the wall, this is where the first vegetarian option comes in. These are feeding on blackberries. In the middle of the wall is a watering hole. Watch the bird front middle with the blackberry.
It's not clear if some only eat invertebrates and some only berries, or if they mix and match. But judging by the mounds of purple guano on the wall roost, some eat a lot of berries
This is evidence of another bird that has taken a vegetarian option. This gull pellet is 6cm x 3cm, so either Herring gull or Lesser-Black Backed gull. It is completely seeds and seed husks, most looking hardly digested. The gull must have been feeding in a wheat field as it was being harvested. I've never seen a totally vegetation gull pellet before.
This final piece is a bit harrowing, so do not proceed if you are overly sensitive. There were a number of Little Egret flying around this morning (5 birds plus the three regulars). This one has lost half of one leg.
The wound looks clean, but I would have expected it to be the same colour as the leg if it was an old wound (only speculation, I have no knowledge of how egret wounds heal (MD)). Also it's tail was stained and possibly incomplete. The staining could be a direct result of the trauma or possibly just a consequence, i.e.not being able to stand correctly to defecate. I can't think of any natural event to cause this, at least not in this country. By natural, I mean not involving human activity. I suppose Egrets feeding in the rivers of Africa can be injured in this way, if grabbed by a crocodile. But my gut feeling is that it's more likely to be human related (farm machinery?) in this country. Hopefully it will manage ok. I have seen two legged Egrets feeding on just one leg.
Posted by Pete Marsh at 20:15 No comments: