The wrong kind of cloud

Heysham Obs
A promising morning was ruined by a great wadge of blocking cloud to the south which stubbornly refused to go away until lunchtime - the most static cloud I have ever seen!

Sightings
House Martin saved the day with two north over the sea just after lunch (first of year)
Sandwich Tern - 13 just after lunch, none early am
Turnstone - 78
Eider - 60
Meadow Pipit - 3 north
Linnet - two north
Willow Warbler - about 6 moved through by the office am (one ringed)
Blackcap - one female appeared in the net by the office
Greenfinch - two unringed birds unexpected - especially as one was an ad male 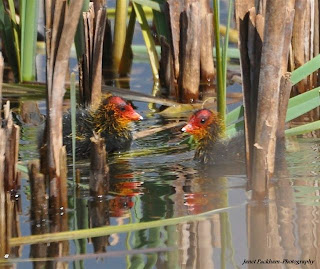 The first young Coot of the year.  Thanks Janet

Moths
In keeping with the rest of the day and 'highlighted' by Powdered Quaker'
Posted by Pete Marsh at 14:17