Heysham Obs
A pre-rain ringing session by the office saw the two juvenile Great-spotted Woodpeckers, presumably from the successful nest on the reserve, being ringed along with a scattering of warblers and finches

New moths for the year were Yellow Shell, Anania coronata and Common Footman

No time for any birding eg gull checks

Pics from Janet and Tom over the last few days.  Thanks.  Bad news with Red-veined Darters.  I would have expected them before the weather broke and, even if any do appear,  they are going to be harder to sort out amongst the by then reddish Common Darters which emerged over the weekend.  No foreseeable suitable weather for Red-veined Darter and the shallow ovipositing area was continuously disturbed by splashing dogs at the back end of last summer - whether a continuous suspension of silt - it takes ages to settle - is good or bad for this species is not known.  We'll see as there was a lot of RVD ovipositing observed last year and no sign of any late autumn emergence. The caddis is Mystacides longicornis (thanks Steve) 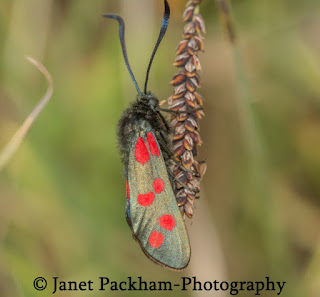 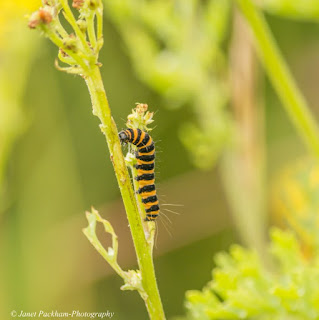 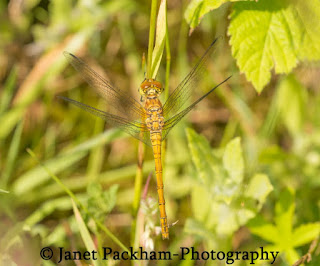 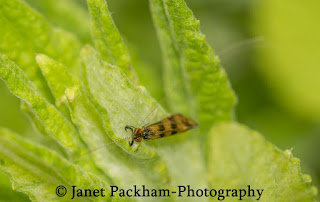 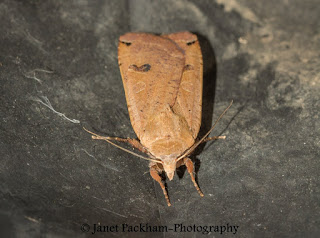 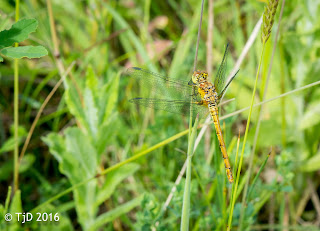