The day started with strong SW wind and heavy rain, but the wind eased as it shifted to west and by lunchtime the sun was shining.
A good selection of birds today, but they were not easy and involved at least 4 observers.
Black Redstarts
Lunchtime Pete (M) had one female/immature along the single track road to the, now locked, gate to the harbour waterfall. It was being harassed by a Robin and flew out of sight in the Power Station grounds.
15:00 - a visiting birder managed a brief view of female/immature on the rocks just east of Red Nab.
Mediterranean Gull 1 adult behind the lunchtime ferry, plus
Kittiwake 2-3 adult
Just 210 Knott on heliport wall - none ringed
Common snipe - at least 68 amongst rocks in front of heliport.
Shag - 1 juvenile feeding near the wooden jetty as the tide was flooding 14:45 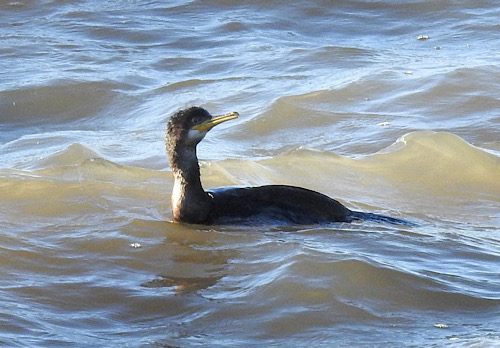 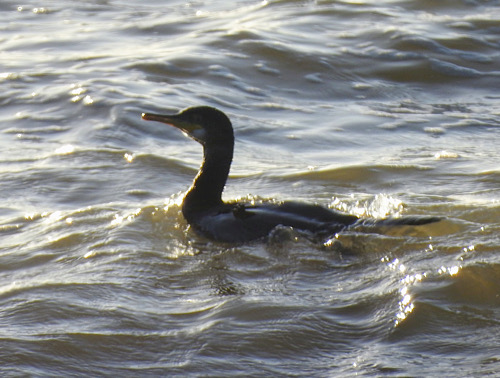 Report and pictures from Kevin.
Great White Egret
14:20 - 1 flew in from the estuary area and landed on the mud out from the saltmarsh. I've never seen one land here before, hopefully a change of habit, rather than it just taking advantage of the caravan park being locked down (MD) 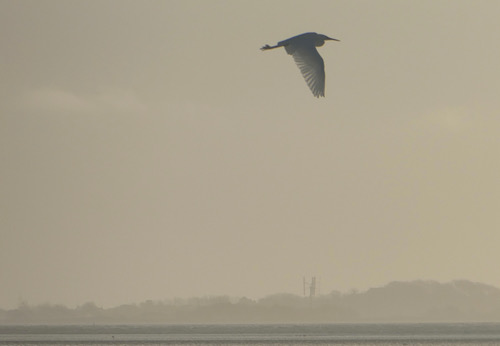 This Black-Headed Gull had found a chicken egg, I suspect it may have been boiled. 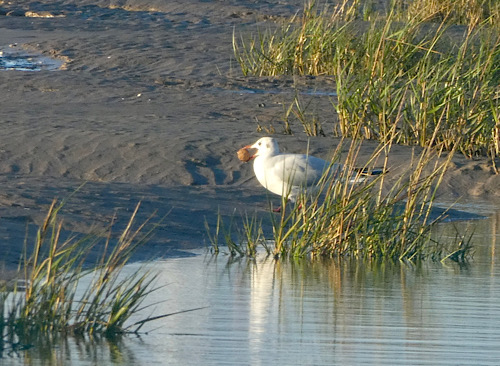 This video clip shows it trying to swallow it
It tried several more times, I've no idea what would have happened it managed to swallow it, I doubt its stomach acid would have broken the shell down, but they do digest whole crab, leaving just the external skeleton.
Eventually a second bird flew over and this bird flew off with its prize.
Posted by Pete Marsh at 19:53 No comments: