South to SSE wind rain showers throughout the day.

South shore - around high water (MD. JP)
Saltmarsh as it was being covered, most of common Snipe will already have been flushed:
Common Snipe 10
Jack Snipe 5
Rock Pipit 1 on saltmarsh, 1 on Red Nab and 3 squabbling near the lighthouse.
Today's high tide was the highest since 18th November, almost 4 weeks. As the tide rose along Red Nab sea wall it flushed small invertebrates that had been hiding in the jetsam.
The Rock Pipit was the first to notice and take advantage.
Followed by the Turnstone
Heliport area high water
At least 6 ringed Knot were read.
These are two of them 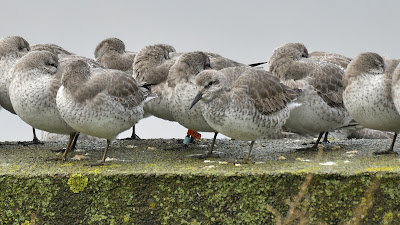 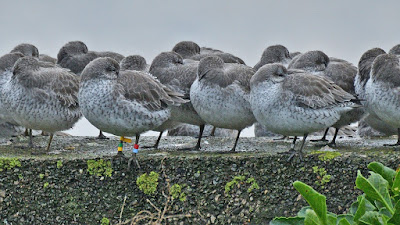 Pictures by Howard
It would seem that most of the ringed birds roosting on the heliport move to the south, or further north, to feed. Pete checked c3000 out from Sandylannds yesterday and could only find one yellow flagged bird. I checked at least 2000 out from the children's play area today and couldn't find one ringed.
Nicola Garnham located and photographed this Armadillidium nasatum on Middleton Nature Reserve today. I have to confess my ignorance and hadn't realised that there were more than one species of "pill bug" (MD). This is right at the northern limit of its known range. Nicola has found them here before, but that was 18 months ago. 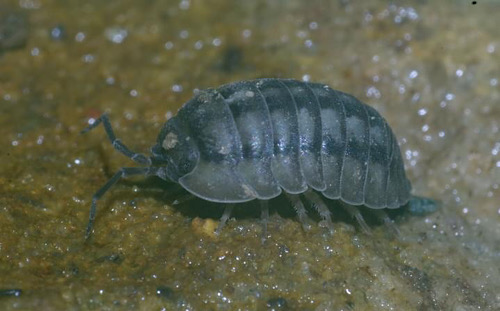 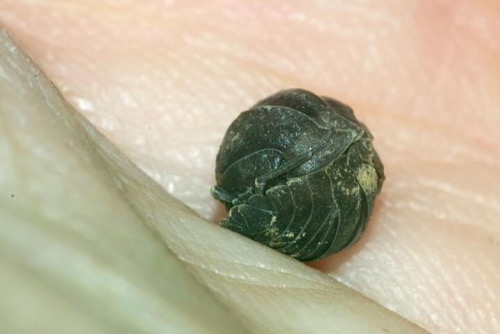 One of the defining characteristics of Armadillidium nasatum is that it forms an imperfect ball, with its antennae protruding, when disturbed.
Oh, by the way, the colour ringed Oystercatcher is still on the cricket field. Reference Janet.
Posted by Pete Marsh at 21:00 No comments: