Clearly a few migrants around first thing prompting a mist net to be set.  Rain at this stage was very intermittent and virtually indiscernible.  This changed about 0930 with the wind turning westerly and some heavy drizzle and poor visibility heading in off the sea.  This dropped a further wadge of migrants on the north harbour wall and later to other places, including large numbers of Willow Warbler on Middleton.  A bit of seabird movement in the clearer weather first thing

North harbour wall/south harbour wall
Wheatear - 18 on mound/sandworks, 6 south harbour, 11 Ocean Edge
Blackcap - female on mound, male and female near the 'wheel (thanks for the pics Janet)
Phyllosc - at least 15 scattered along the coast 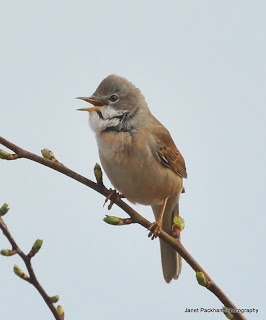 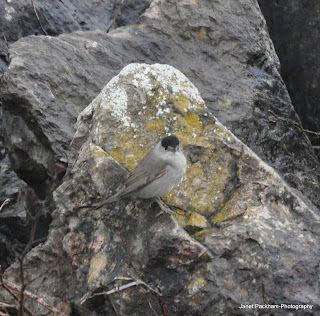 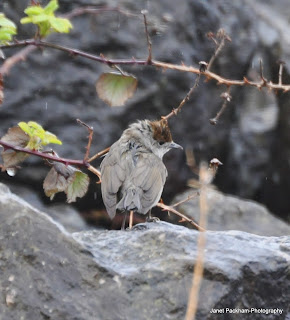