Reidentified as 2CY Lesser Black-backed Gull but a large one! Quite a striking 2CY white-headed large gull in the Red Nab roost seemed to tick the boxes for Yellow-legged Gull.  Several record shots taken - more will be added tomorrow.  Impressions of the striking tail pattern are hinted at in some of the shots but unfortunately it flew off south on its own soon after another birder was put on to it - definitely on the move as it didn't drop in with the secondary roost off Ocean Edge saltmarsh.  NB bill is all-dark - trick of the light in pic below 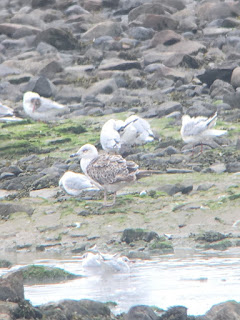 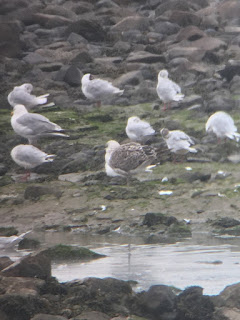 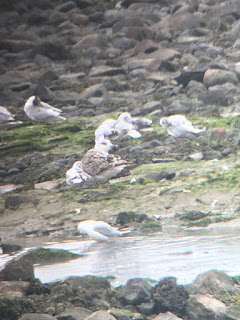 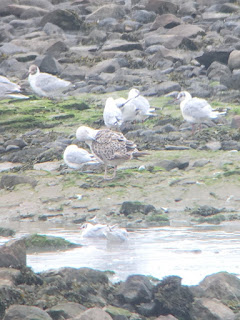 Little Gull - ad
Med Gull - much reduced numbers with only 11 located on incoming tide but at least 20 later on after the tide, including at least one, probably two unread 2CY
Grey Plover - 210 on mudflats S of Ocean Edge
Willow Warbler - two at the new migrant hotspot where PF was yesterday!
Posted by Pete Marsh at 23:54 No comments: