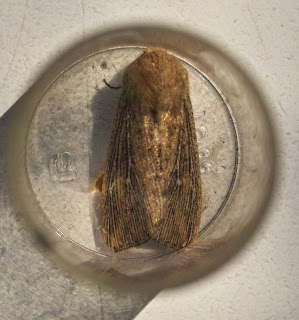 Heysham Obs
Obscure Wainscot (see left) has hitherto been restricted to Leighton Moss with occasional wanderers to the garden moth traps at Yealand and Warton, along with the regularly trapped Gaitbarrows area

One was in the HNR hut trap this morning along with the first of the year of its much more widespread relative, Clay. A single worn Shaded Pug, two of the migrant Diamond-back Moth and the third record of the presumably overlooked Mompha ochraceella completed the 'worth mentioning' category.

Equally impressive moth-wise was a new 10km square pyralid taken during a sheet and light session at Middleton IE last night (see pic) [per John Girdley].   This is Platyptilia gonodactyla, one of the 'plume' moths 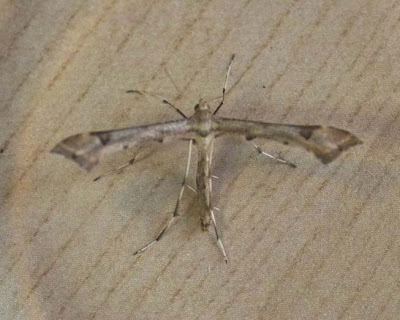