Things, pretty much, the same.

Heysham Head high cliffs - yesterday
Alan reported at least two, probably three Rock Pipits on the rocks below the high cliffs
Heysham Skear - low water 10:30
Great White Egret (probably). 10:10. 1 flew south along the line of the Kent channel, flight and flight line both looked right for a Great White. But it was too distant to see detail or get a picture. Last seen passing south past the wooden jetty at the harbour mouth. (MD)
Little Egret 5 feeding
Great Crested Grebe 10, possibly more, they were not as easy to see in the choppy sea today.
Curlew c25
Oystercatchers were the only other wader.
Middleton Nature Reserve
Janet checked mid morning, it was quite cool and no dragonflies were showing. But there were plenty of other things of interest. 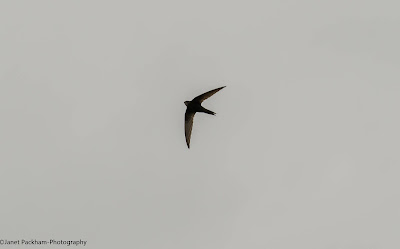 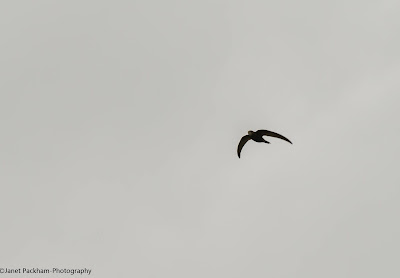 I had a look in the afternoon it was a bit warmer then and a few dragonflies were around:
Emperor 3
Four-spotted Chaser 1
Broad-bodied Chaser 1
Common Darter 1
Once again the moths outnumbered the butterflies:
Butterflies
Speckled Wood 2
Small Tortoiseshell 1
Day flying moths
Burnet Companion 1
Cinnabar 3. Cinnabar look splendid in flight with their bright red lower wing, but when they settle this is normally obscured by the mainly black upper wing. But this individual rested with its wings open.
Birds
Only Grasshopper warbler of the nine resident warblers not heard today, including:
Cetti's warbler - both the "no swimming" pond and central marsh males singing, plus a glimpse of one on the western marsh.
Water Rail 1 calling on central marsh
Mute status unchanged, but no sign of the Mallards.
Little Grebe 1 adult on Tim Butler pond
Reed Bunting - I wanted to check that I've now set my camera video quality to be compatible with this post, so took this short burst of a male calling.
Posted by Pete Marsh at 20:26 No comments: