The breeze continued from the east, the constant sunshine made it a very warm day. 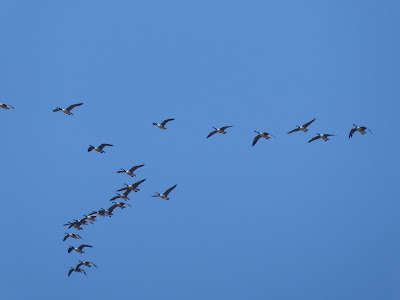 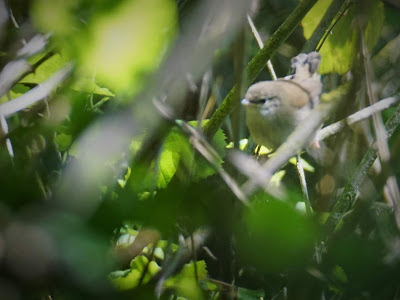 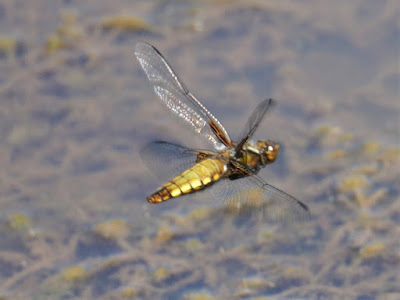 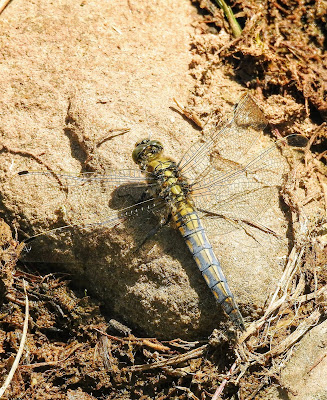 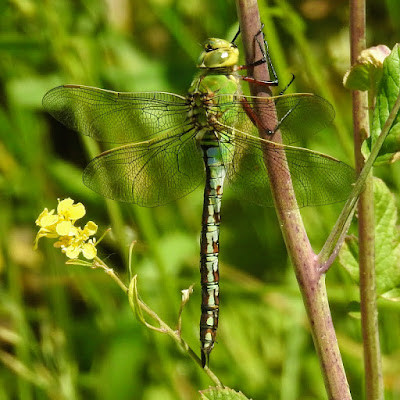 Lighthouse area
Rock pipits, only two adult seen, one occasionally standing guard over the nesting hole. But neither birds seen carrying food. One did fly to north roundhead twice, so just possible they have a juvenile over there. We'll see. 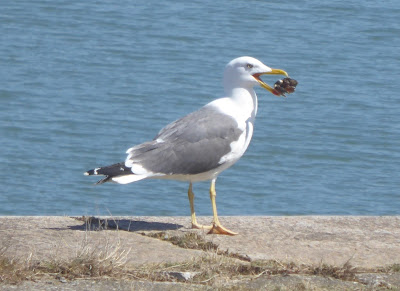 This Lesser Black-backed gull had caught a crab and was "opening" it by throwing it at the concrete floor. 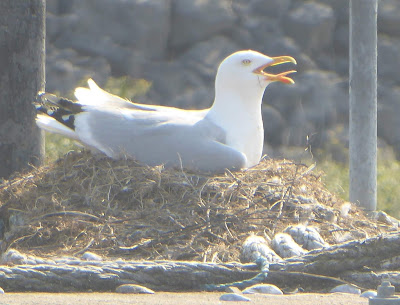 And finally - it was a hot day to spend sitting exposed on a nest. This Herring gull was panting!
Posted by Pete Marsh at 19:48 No comments: