Most of the terns move on

Heysham Obs
Only time for two quick tern counts today.  Below is a pic of that local rarity, a Common Tern, on the outfalls recently.  Small numbers of Common Terns have been on the outfalls for several days now, giving instructive comparison with the more numerous Arctic: 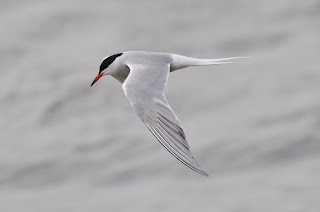 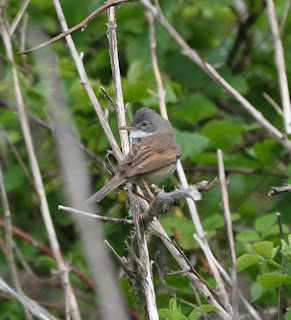 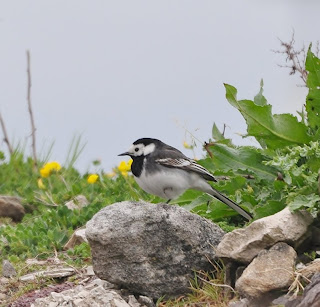 Taken just after the afternoon cloudburst (thanks Janet)
﻿
Outfalls area & north harbour wall
Arctic Tern - 15 in the morning, just 10 mid-afternoon on the tide
Common Tern - one in the morning, not seen near high tide
Swallow - 9 north in the only 9 minutes of morning observation!
Whimbrel - 2 at high tide, Red Nab﻿
** With a bit of luck and more SW in the wind and a few nice heavy showers, we could have a few skuas this week but the tide times are currently awful!
Posted by Pete Marsh at 08:34 No comments: