Lighter winds this morning and it seemed to knock the regular things with faster wingbeats on the head - common scoter, red-throat and auks but there was an unexpected calm weather passage of Gannet and Kittiwake.  Also a late start which may have cost a Pom or two on Rossall observations, but it was a good morning for skuas to start climbing to go overland before reaching the north wall 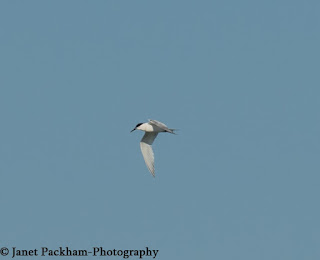 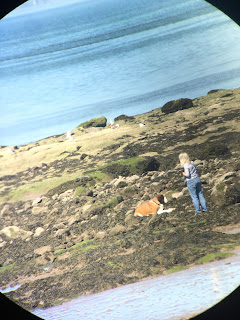 B and (St) B Oystercatcher botherers

Insects
Four-spotted Chaser - first of year on Middleton (thanks Malcolm)