A day of proper early morning migration coverage at last but it did not include anything over the sea so the Pink-foot count was very high in the circumstances.  The first two migrant Goldcrest of the autumn appeared in the net at Middleton and there was a variety of late warbler species as well as the more seasonal trickle of Chiffchaff and Blackcap.  In summary, better than recently but in the context of a normal September, nothing special, as to be expected with the light WSW wind and rain fortunately just to the south until lunchtime

Rock Pipit
Two by the south harbour late pm. Six along the shoreline from half-moon bay to Heysham Head - difficult to be certain of origin now but appeared to be two groups of three, including at least three adult and at least one juv and nothing in the plumage to suggest other than petrosus 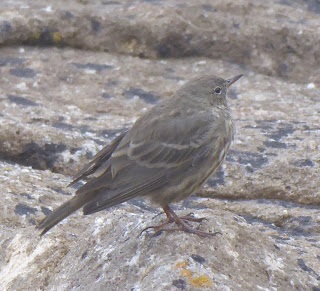 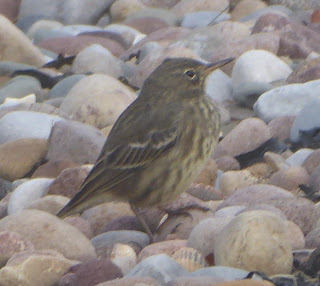