New for the year today:  Black Redstart and Lesser Whitethroat

Black Redstart - a very elusive and secretive female/imm, spending large amounts of time in dark crevices between boulders at Red Nab - found by Malcolm late am 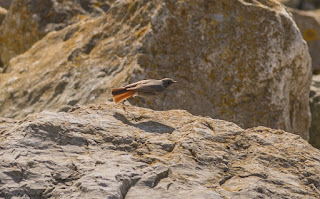 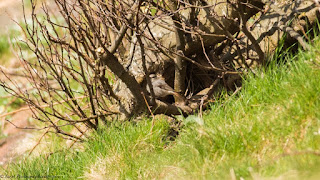 Thanks Janet
Lesser Whitethroat - one started singing next to HNR office midday, two on MNR in afternoon.
Wheatear - 4 Ocean Edge
Little Gull - two adults flew in off the sea on to the outfalls near high tide
Shag - on the large skeer with Cormorants pre-tide then flew towards harbour
Eider - 175
RB Merg - 9
Great-crested Grebe - 9, including flock of 4 - all sp (north European birds??) 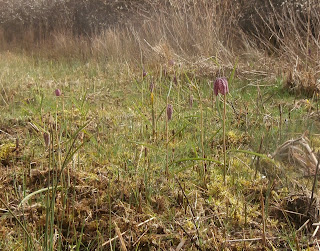 Mammals
Grey Seal
Posted by Pete Marsh at 13:44 No comments: