Dont turn your back on the sea 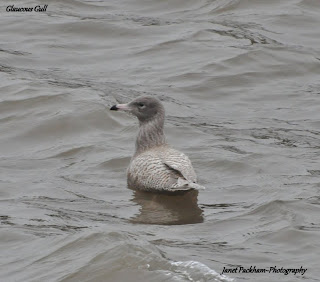 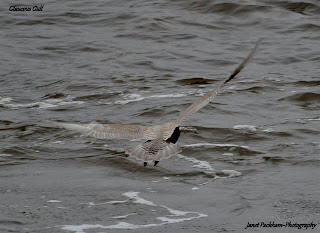 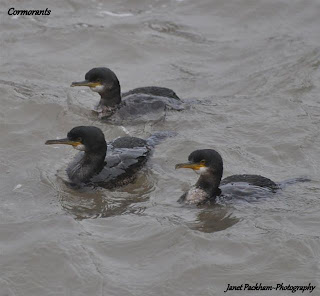 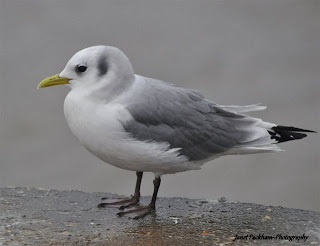 These were taken today by Janet with the three Shag together by the waterfall.  Thanks Janet
Heysham Obs
Good sea conditions were somewhat neglected as observers looked the other way at the increasing number of waifs and strays in the harbour.  This included serious neglect on my part as a 'Glaucous-finding' session for a visiting group did not include the compulsory scan of the wave troughs behind my back.  A late Leach's Petrel was slowly making its way out but the observer was out of communication range at the harbour mouth.  Just to show the luck of the draw with seawatching and the need to be there in the short time-period, the Leach's observer then took a short break and missed the 'dark-morph' Fulmar seen by another local observer arriving just after the Leach's had disappeared!

In the harbour area
Shag - 3 1CY
Guillemot - max of  ELEVEN in the SW corner
Glaucous Gull - either on the waterfall or somewhere on the corrugated roof, but a bit elusive
Kittiwake - c30
Med Gull - 2 adult
Purple Sandpiper - 2 on the end of the north wall about 1300hrs

Seawatching
Leach's Petrel - one slowly 'out' at 1300hrs
Fulmar - light and dark (not double-dark) morphs out together at 1315hrs.  This bird had a greyish head concolorous with the grey mantle and contrasted with the white-headed 'normal' light morph
Pintail - 7 out
Guillemot - 2 out
very little else other than a trickle of Kittiwake

Outfalls
Little Gull - up to 3 adult and two 1CY, but birds dispersed as the tide/rough sea came in

Landbirds
Song Thrush - one still around the mound!
Twite - max of just 6 today
Goldfinch - 2 on mound area
Posted by Pete Marsh at 17:40 No comments: