Heysham Obs
A look out of the window at a clearly outlined Ingleborough, courtesy of the moon, at 0400hrs nearly sent me back to bed.  Definitely not the conditions for land-falling night migrants contra some forecasts.  However, the lure of the early morning Lesser Redpoll passage and the incredibly high ratio of birds ringed elsewhere.................

Due to problems with the CD, this was a disaster with a concentrated passage between 0515 and sunrise completely missed.  Plan B - a presumed Common Redpoll on a 'foreign' CD also failed to impress and it was only when Lesser Redpoll was played on the MP3 that half a dozen belated birds were ringed

Then it was Middleton CES time and this was an excellent little three hour/four net session for so early in the year with a French-ringed Sedge Warbler highlighting.

Needless to say there were few night migrants this morning although two, possibly three singing male Reed Warblers seemed to 'drift in' and establish their territories during the morning and the CES indicated a trickle of presumed migrant Willow and Sedge Warbler

Middleton
Reed Warbler - up to 3 singing males by mid-morning, following none for the first two hours or so
Ringing: 8 Sedge Warbler (including French bird), 5 Willow Warbler plus retrap, one Chiffchaff, 3 Reed Bunting plus 2 retraps, one Goldfinch, one retrap Blue Tit

April ringing
This was the worst in the 30-odd year history of the Obs for phylloscopus warblers, especially Willow Warbler.  Whilst this was partly due to observer unavailability, it was also due to the big fall day being just too wet to risk operating mist nets as the birds piled in  (Thursday 25th).  Only 237 birds were ringed of which 110 were Meadow Pipit, 33 Goldcrest, 32 Lesser Redpoll, 13 Chiffchaff (c/f internet postings on much reduced numbers on territory) and just 9 Willow Warbler 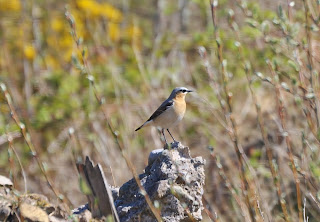 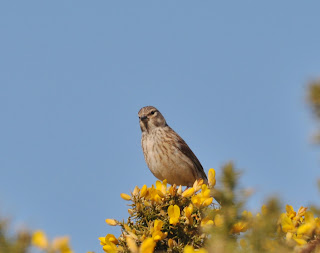 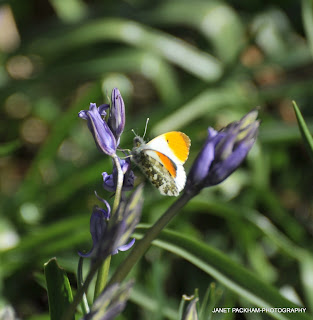