Heysham Obs
A long, long overdue first for Heysham following a distant claim in the offshore channel in about 1974 which was rejected!  Kingfisher was a nice bonus on Red Nab late morning and a first of the year - perhaps also the one ringed earlier in the morning at Middleton

Thanks to Chris Batty for these afternoon pics and see below with further thanks for Colin Davies shots in the morning: 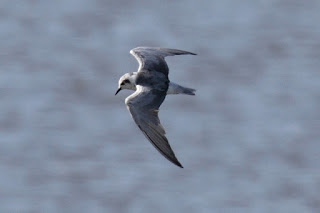 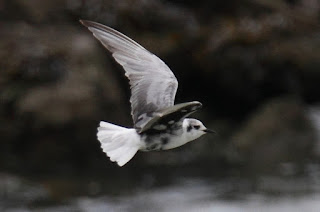 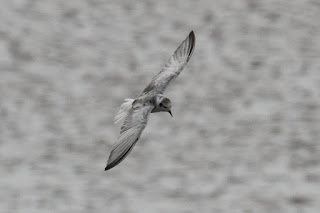 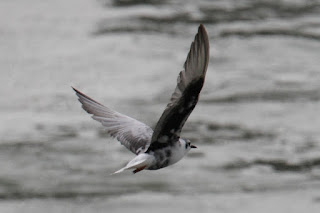 Outfalls/Red Nab
White-winged Black Tern - moulting adult Heysham 2 outfall on the incoming tide, first seen about 0830 a mile away on Heysham one outfall looking from Ocean Edge (and misidentified as a juv on the brief upperside views) but not able to stay and follow up.  Later views were still distant but closer on Heysham 2 outfall and underwing views clearly indicated a moulting ad (which is why, in retrospect, I mistook it for the regular Little Gull when initially glimpsed it banking at very long range with binoculars).  Showing well in flight and at rest (on Red Nab) late morning before returning to the region of Heysham two outfall where it alternated periods of feeding with resting on mudflats or, at one time, on seaweed covered rock until at least 1730hrs
Med Gull - up to 6 reported
Kingfisher - one appeared late morning on Red Nab

Thanks to Colin Davies for the pics 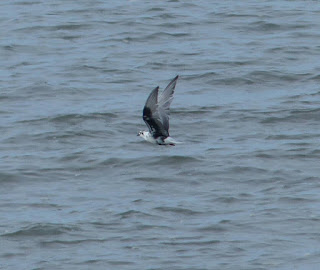 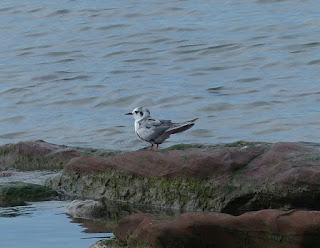 Middleton NR
Pink-footed Goose - parties of 90+80+40+90 seen well to the east of the reserve, flying south