Light WNW wind, the morning rain stopped earlier than expected and the sun came out for a while.
Middleton Nature Reserve
I didn't have time for a walk this morning, but was planning on my daily quick check of the two main ponds as I was passing. The rain stopped and the sun came out just as I arrived at 10:20 (MD).
Mute, Coot and Moorhen unchanged.
Mallard 12 (all on the main pond)
Gadwall 39 (30 on main pond)
Wigeon 2
Tufted Duck 3 male
Teal 4 (2 pair)
Shoveler 1 male
The above were on the "no swimming" pond as was:
Pochard 1 male - Pochard have not traditionally merited a bold highlight, but this species has become increasing rare in the area. This is the first observatory record since 27/11/19, 2020 was the first blank year. With a bit of luck, today's bird will hang around to be included in 2022 list.
There were no Mallard on the "no swimming" pond, even so an impressive tally of 6 duck species - Pochard, Gadwall, Wigeon, Tufted, Shoveler and Teal. There are five of them on this clip, although the female Teal towards the end is barely discernible
Children's Play area
Just a quick lunchtime check in passing from Knowlys Rd
Pale-bellied Brent geese 14 (at least)
South shore - late afternoon on rising tide
Common Snipe 18 amongst the patches of sea grass just out from the saltmarsh
Wigeon 207 were making their way on the rising tide to Red Nab
Not enough water before dark for either the Brents or Kingfisher
Rock Pipit 3 (Red Nab, sea wall and lighthouse)
Shag 1 juvenile again near the waterfall.
The waterfall is a return for fish etc from the Power Station cooling water inlet. As such most fish will be alive, albeit disoriented, when they fall down the waterfall. The gulls really need the waterfall outlet to be above the water line, so that they can catch the fish as they hit the water. It is therefore better for the diving birds when the outlet is below the waterline as this prevents the gulls from catching the fish, leaving more for them to catch. The outlet is covered by the tide about 3 hours after low water, this works for all height tides.
I arrived at the harbour 15:20, low water was 12:15, just over 3 hours. The waterfall outlet was covered, gulls were still feeding there, they can still catch stunned fish. The Shag looked like it had already fed as it was just cruising around the upstands, not diving. This clip ends by zooming out, you can see the two upstands and the waterfall is out of sight to the right.
Eventually, it returned for another helping:
I was quite pleased with my shots today (MD), and still am, but these pictures from Craig Bell, are in a different league. These are high resolution images and must be opened to really enjoy the detail. 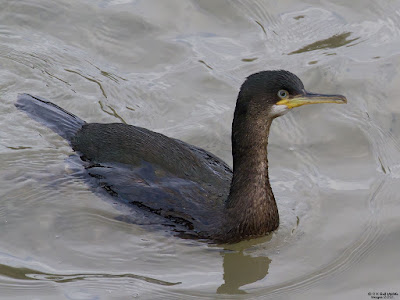 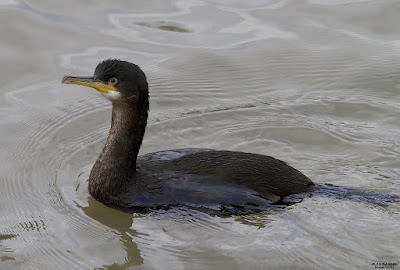 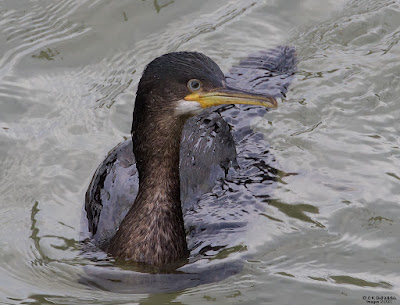 Thanks Craig.
Posted by Pete Marsh at 20:52 No comments: