A fresh SW wind moved to west after lunch. Plenty of sunshine with just the odd light shower.

Seawatch from the North Harbour Wall

A bit slow this morning with birds rather distant. The wind was a few degrees more southerly than forecast.

Middleton Nature Reserve
Janet had a look in the morning

I had a look in the afternoon (MD)
The two adult mute from the main pond had gone. Both the male and female with their chicks were back on the "no swimming" pond, the aggressive male looking the dutiful father today.
He wasn't the only attentive father, these two Coot were feeding 5 chicks. Presumably Mum and Dad, but not necessarily. Coot parents independently feed "half" of the chicks, so in theory, these could be from two different broods.
Warblers included:
Cetti's Warbler
Willow Warbler
Chiffchaff
Blackcap
Sedge Warbler
The Orchids are starting to emerge
This stand of flowers in the NW corner of the main pond looks good. 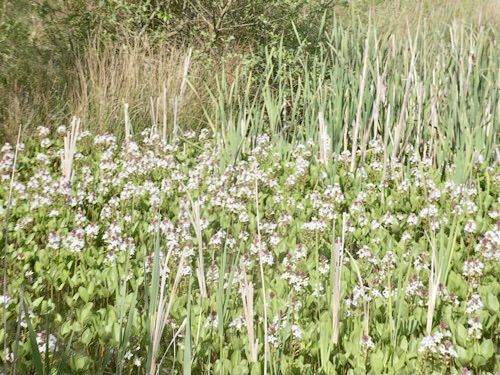