Hadn't a lot of faith in the latest depression - centre too close and too fast and localised with a bit of  N in the wind...but I was wrong.  A couple of close Leach's Petrels were therefore a nice surprise and the Sabine's Gull was even better and when the wind settled in the west during the high tide period there were quite a few odds and ends but unfortunately the second wave of Leach's Petrels did not start until early evening!  The day was characterised by a lot of birds in transit and a frustrating time for anyone turning up with a 'shopping list' and not prepared to remain any length of time, especially during the "quiet" early afternoon.  Thanks to many observers for this selection 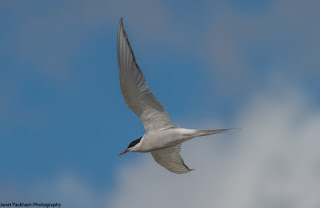 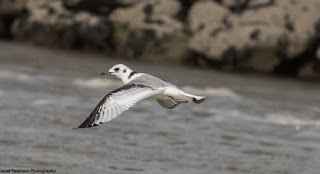 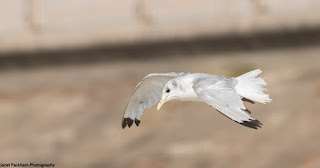 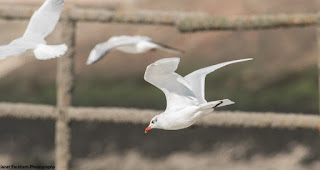 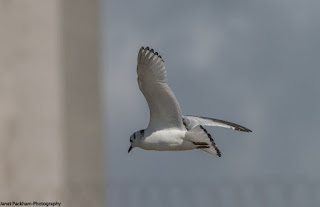 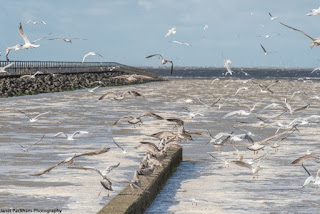 Sabine's Gull - juv around seaward end Heysham two and the red buoy area 1105-1145 at least, juvenile flew into the Bay about 1425hrs, juvenile on power station outfalls about 1725hrs (but not an hour later).  So "at least one seen today"
Leach's Petrel - one out 0750 as viewed from the north wall, one lingering in the harbour mouth, then out at about 0845 as viewed from the back of the harbour.  At least 4 out between 1700 and 1845
Gannet - adult on water flushed by ferry then flew in
Great Skua - one out 1344hrs
Sandwich Tern - at least 7 out
Common Tern - juv outfalls
Arctic Tern - 3 adults on outfalls, at least 4 out (3 at 1345, one 1455)
Little Gull - adult and 2nd W outfalls; two 1CY appeared there from mid-afternoon.  Earlier 5 x juv
were seen on an early morning seawatch from Heysham Head
Manx Shearwater - one early morning
Fulmar - one early morning
Pintail - 11 out early morning
Common Scoter - 1
Guillemot - one in, one later in the harbour
Kittiwake - 12 on outfalls first thing, two out (6 x 1CY), 29 behind IOM ferry, later 15 on outfalls.  Minimum of 41 birds involved in todays sightings
Med Gull - not counted but 15+
Pink-footed Goose - 18 SE
Wheatear - 3
Gadwall - 13 MNR