Bits and bobs of local quality in fresh north-easterly

One of those seawatches where a commitment made you leave a good hour before you really wanted to and unsurprisingly a Pomarine Skua was probably available, if it didn't climb in the fresh north-easterly, about 1130 (per Rossall data) 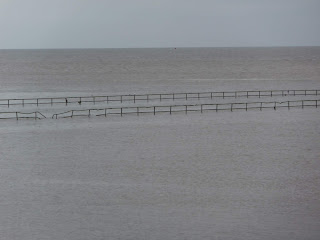 Burnet Companion IOY on Heysham Nature reserve (per Steve)
Posted by Pete Marsh at 17:02 No comments: