Heysham Obs
Middleton IE CES
A Reed Warbler bearing a foreign-type ring inscription, almost certainly French, escaped before it had been read due to fiddling about with new glasses which allowed me to see about 6 inches in front of my eyes (i.e. read ring numbers) but not the process of getting the bird out of the bag!!!  Hopefully it will be a local breeding bird, not a very early dispersing adult and will be caught again.  The remainder of the catch was lower than it should have been due to a combination of sun and wind (I was hoping for cloud cover for the whole three hours) for the last 1.5 of the 3 hour session (7 Sedge warbler, one Reed Warbler plus the above).  Loads of Sedge Warblers around but not very mobile until it became too windy/sunny to net efficiently & most of them seemed to be in the net-free western marsh

Green Sandpiper - the inviting muddy edge of the central marsh attracted one in until accidentally flushed at some unearthly hour (0550ish!) whence it flew off NE
Med Gull - adult flew over towards the coast at about 0830hrs

No time/chance to check the outfalls gulls

A fairly decent catch, as the rain did not also involve a wind blowing into the window as happened during the great thunderstorm night earlier in the week.  The highlight being the first Blackneck for this site. 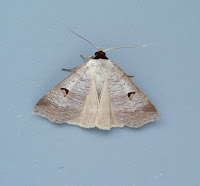 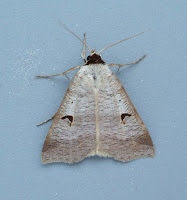