Just at the eclipse's maximum the clouds rolled back to enable a brilliant view of the partial eclipse.  A few seconds later the clouds rolled back again over the crescent sun.  It was so quick that there wasn't time to grab a camera and take a photo, unfortunately.  It went as dark as it does when thunder clouds are over, Robins began ticking and Blackbirds made a lot of clucking noises like they do when they are about to roost, 8 Magpies gathered together and other birds went a lot quieter.

The female Stonechat at Red Nab stood still long enough for a photo though.  Sorry about the quality but the photo was taken on full zoom. 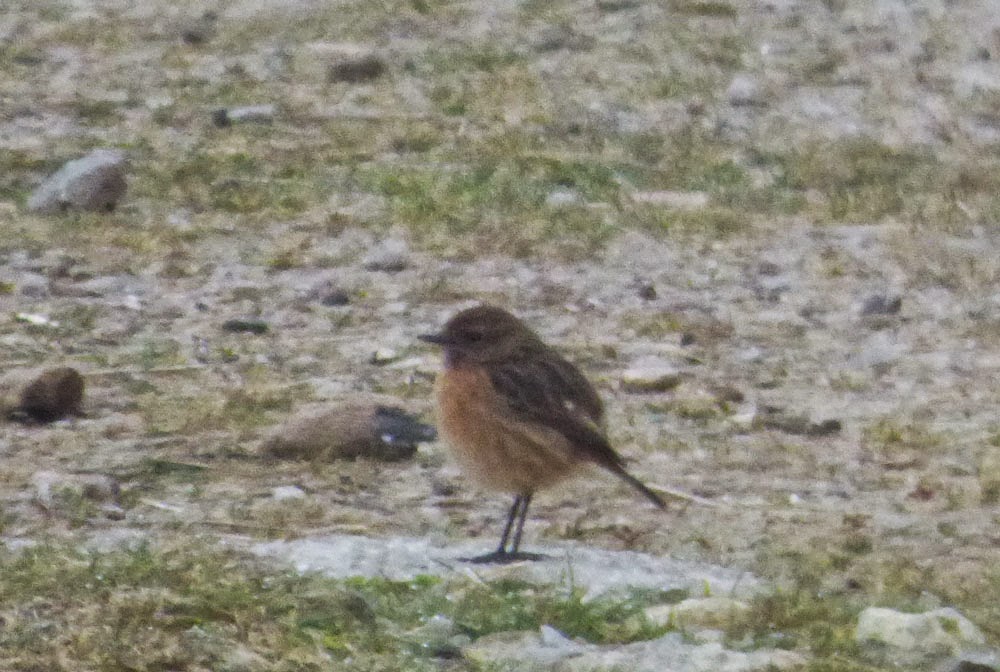 At the feeder
Linnet - 2

Insects
Bog standard 'nuisance fly' in the office for the second day - very early for these
﻿
Posted by Pete Marsh at 11:10 No comments: