There were at least six birders roaming the recording area today, all successfully isolating themselves, Some in cars, some walking and one cycling. Occasionally, paths would cross and records exchanged at a safe (3m) distance. It was on one such occasion on Ocean Edge foreshore when Pete M, Shaun and Malcolm were exchanging notes when Shaun spotted a
Short-Eared Owl. 10:00 it flew in off the sea in a NE direction and appeared to land on the east side of the saltmarsh rocks. It couldn't be relocated visibly and the area was left undisturbed. 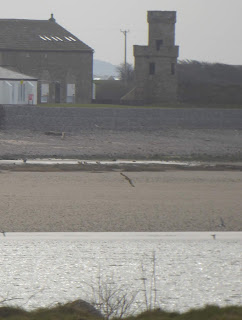 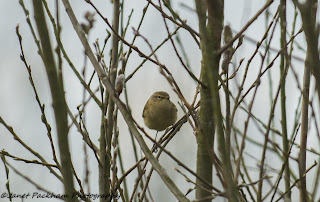 Thanks for the picture Janet

Pale-Bellied Brent goose
13 at the children's play area on the flooding tide, notably split into two groups of 6 and
7.
There were 14 on Red Nab just before high water, and included the two Canadian ringed birds, which explained the separate "family" group of 6 earlier. 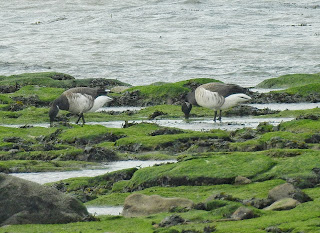 They seemed to be getting plenty of gut weed on Red Nab. There should be even better views on tomorrow's higher tide. 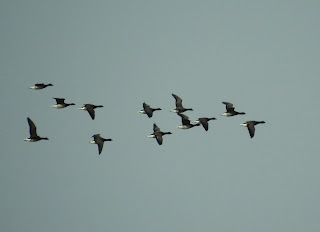 One of the original 13 must have gone its own way as 12 of the birds flew off together leaving 2 which flew off 10 minutes later.
Thanks for the pictures Kevin.
Posted by Pete Marsh at 20:52 No comments: