The storm, reluctantly, delivers a Petrel.

Pete(M) managed three hours sea watching early to mid morning from Heysham:
Common Tern 3 No.2 outflow, these were present, at least till mid afternoon.
Fulmar 3 - fairly quickly, then just one other sea bird in the next 2.5hrs
Storm Petrel 1 - moving slowly in before being lost from view.

Lighthouse and outflows mid afternoon (KE and MD)
Kittiwake 2 single adult out
Common Tern 2, probably 3 singles out, plus the three on No2 outflow
Sandwich Tern at least 1 on No.2 outflow 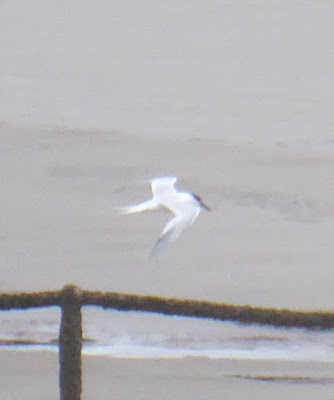 
It's still forecast windy tomorrow, but not storm force. Hopefully there will be waifs and strays about
Posted by Pete Marsh at 20:13 No comments: