Brisk westerlies with more sunshine than showers
Middleton Nature Reserve mid morning
The wildfowl is pretty much as last report, other than the female mallard’s chicks are now independent and seem to be everywhere.
It’s getting to the time when the aggressive male mute family on the “no swimming” pond will be wanting to return to the main pond. Perhaps, this year, it might be dissuaded by the presence of the 4 additional birds on the main pond. If not, there will be a lot of feathers flying. 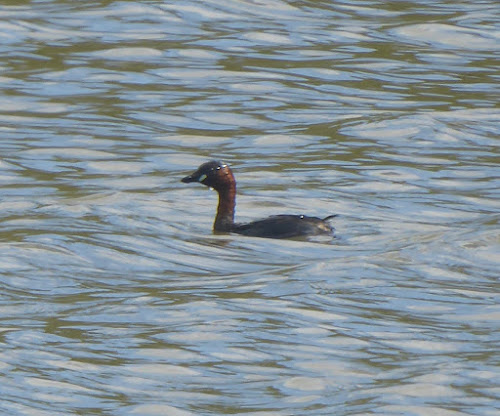 This is the adult Little Grebe on main pond, anther adult plus an immature bird on “no swimming” pond.
Cetti’s warbler singing again on central marsh.
Dragonflies: Emperor 3, Common Darter 2 (female/immature)
South shore mid morning
Common Tern 4 adults on outflows ref Kevin.
Later,  just one 2nd calendar year tern.
Mediterranean gull - just one adult seen on Red Nab
Rock Pipit 2, together on Red Nab
Moths
This is the source of today’s title.
Lunar Hornet Clearwing Justine had four, from four widespread sites at Middleton including on the south side of the entrance road and near Moneyclose Lane anemometer
That’s a total of 8 in three days of a previously unrecorded species!
Another decent moth from Kevin’s overnight trap - a Crescent Striped 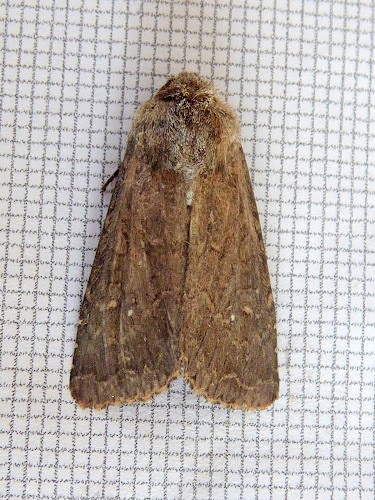 A very local coastal species.
And, finally, this is a reminder of how the year is moving on. 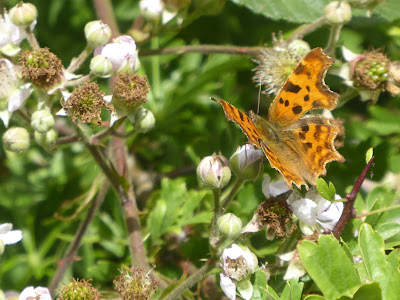 A Comma feeding on bramble, has always been regarded as the archetypal sign that Autumn has arrived!
Posted by Pete Marsh at 20:51 No comments: