Punching above the conditions?

Didn't look very promising this morning - you could just about see the other side of the Bay, full moon, clear above and inland and sun on two of the nets quite early on.  A text from Ian at Rossall prompted an early telescope view of the low tide channels and the Pom behaved, making steady progress up the Bay as opposed to spiralling up unseen along the Lune flight-line.   Then the Lesser Redpolls dropped in with each small catch being taken a short distance off site by the spare ringer to continue their north-easterly journey rather than sit around attracting others away from the nets.  A trickle of Blackcap and Willow Warbler augmented a decent ringing session for here 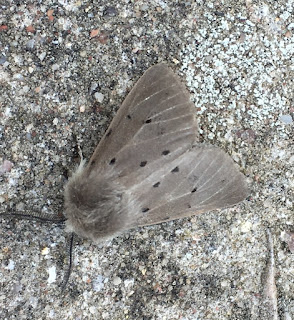