There were a lot of Wheatears moving through today, associated with one mobile group of about 15 birds was a particularly ghostly female/immature Black Redstart, see snap below (it actually is on this picture). They were on the rocks and sea wall around Red Nab before drifting inland about 12:30. 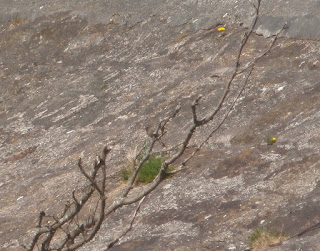 A second, also female/immature, Black Redstart was on the south wall roundhead. This was a more striking bird, but no sign of white wing patches. It initially flew to north wall, but quickly returned, unfortunately to the inside of the Power Station confines (so no pictures) 13:15. It was relocated at 14:50 by Jeff on the roundhead. 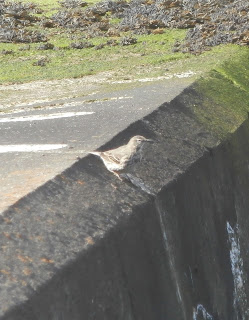