Grey Phalarope
Bit of a 'piece together' this as it was distant and relying strongly on behaviour with two other key features being wing-bars and (at least a virtually) uniform grey mantle.  The head detail could not be seen.  Located distantly in flight off the seaward end of Heysham 2 outfall whence it promptly landed on the sea, before getting up and making short flights/landing again on four other occasions between the outfall and the red buoy.   1145-1155.   The IOM ferry then went past the area and there were no further flights.  I could only just make it out on one occasion on the sea which was quite rough so it may be on the sea and feeding still.  Ringing by the office hampered by sun on the nets.  A few pics from today (first a juv moulting to 1st W Med) and also the Gannet trying to land on the wooden jetty a couple of days ago: 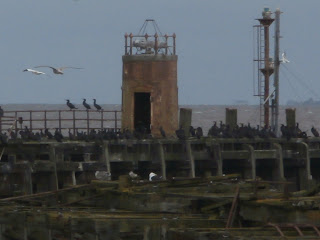 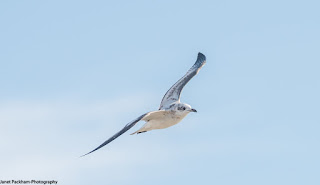 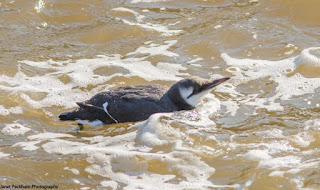 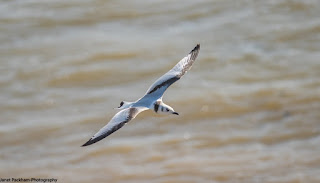 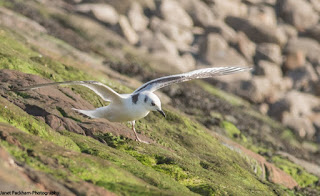 Thanks to Malcolm (top) and Janet (rest)