Heysham obs
The twite station was like a model of the Grand Canyon and another chunk of the wooden jetty ended up on ocean edge grassy foreshore. The sand works fence was seriously damaged and scoured of its hard-worn embryonic vegetation.  The heliport was completely flooded.
The first image here taken at least an hour before high tide: 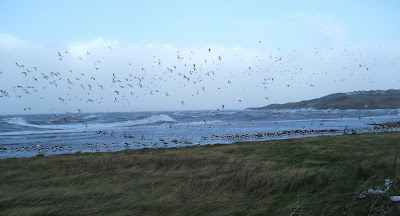 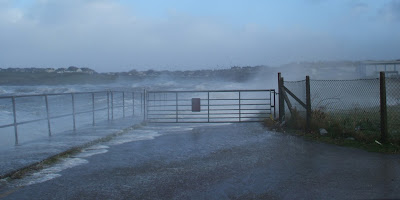