Nice view of the snow clad Lake District from the North Harbour Wall today but the air was cold so there was a "heat" haze over the sea (i.e. The sea being relatively warmer than the air above it) making distant birds (if there were any) difficult to see.

Managed to see the following:
Sandwich Tern - 13 in
Gannet - 5 in
Auk sp, probably Guillemot, - 1 in
Swallow - just the one.

3 Wheatear were seen at Ocean Edge by Malcolm 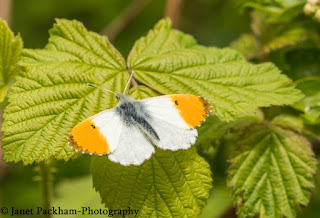