Terns and a turn

At least 10 Terns Heysham outfalls, but conditions horrendous - at least two Arctic and three Common and one Little - rest not sure.  The Little and two Arctic were furthest out but the whole lot gave me the impression they didn’t want to be there as opposed to feeding.
LIttle gull 1 x2cy (PM)

Later, some of the Common did come nearer the wall to feed (MD). 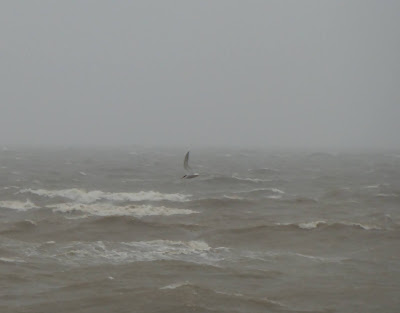 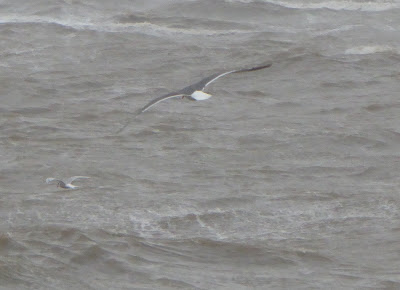 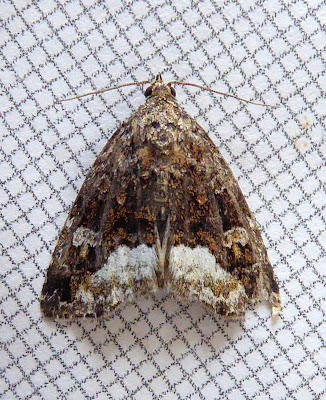 It's the first record for Heysham, and is a moth that's been expanding its range northwards and westwards in recent years. It's now starting to appear in North Lancashire/South Cumbria. Usually a moorland species, so may have originated from Heysham Moss.

The "turn" in the heading refers to the Seatruck. It almost reached the harbour, but both the wind and the incoming tide were driving it. It must have been moving too quickly, so the captain turned it round and they sailed back out to deeper water. 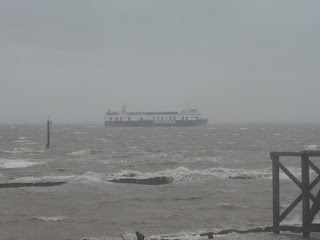 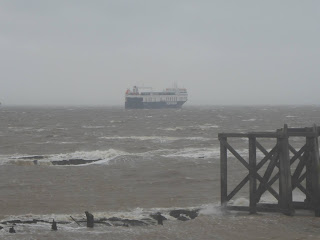 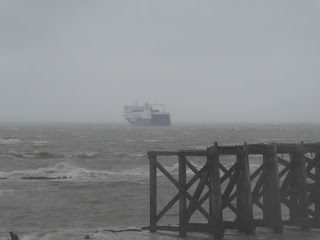 It was a lot wilder than these pictures suggest, the waves do not really develop until the tide is moving in the oposite direction to the wind. The Seatruck must have waited until the tide was ebbing, it was safely berthed in the harbour when I returned at 19:00,